· Registered
Joined Aug 25, 2021
·
11 Posts
I'm looking to upgrade to my 2012 stumpjumper but haven't yet found a bike that feels like an upgrade worth the ~5k it'd cost to get a reasonable spec. I'm looking for advice on how to interpret the advice I've gotten and demo rides I've done.
Sorry for the lengthy post....

To start here is what I'm on: 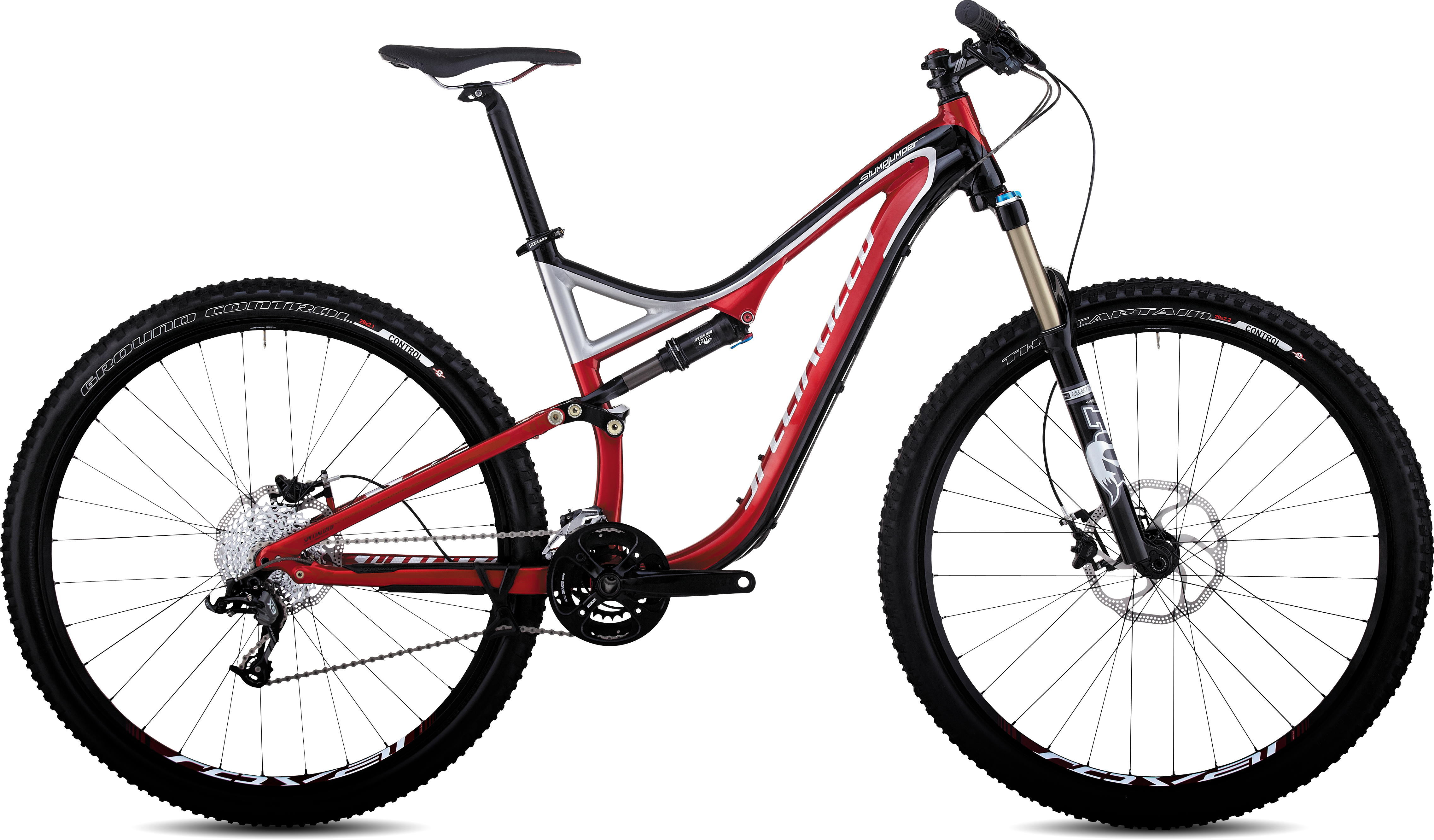 I am now running 1x10 with x-9 shifter/der with a 11-42t sunrace cassette. I also upgraded to shimano xt brakes in ~2015 and a dropper post a couple years ago. My friend helped me rebuild the wheels last winter. One note I'll add about going from 2x to 1x. It make a HUGE difference in the handling. It was weird because I dn't think the weight changed much, only the distribution. Basically, on steep climbs the front end was (even) more likely to pop up than before. I basically sit with the seat tip in the crack to help with balance. I also added a small handlebar bag to carry a tube etc to help weight the front end a little. Descending I also noticed a difference - I'm having a hard time remember exactly the sensation but I tihnk it had something to do with the rear end sliding more often.

I'm in the inland NW. My local trails are steep with tight switchbacks. We have some roots and rocks but overall its not what most people would call technical riding (although the tight switchbacks take skill and serious fitness!). We have some other trails in the 90 min radius that are rowdier. Some combination of moto ruts, light chunder, and flow. I've also visited Bellingham and Hood River this past year to ride where the riding is "bigger" - more berms, trail features, and chunder. I'm definitely an xc oriented rider and ride between 2 and 10 hours at a time and multiple rides per week. I'd say i'm in the upper tercile on the way up and the middle tercile on the way down. I like riding some of the features i've been riding lately and will take jumps up to ~2 ft high if i'm confident of the landing. I've also survided some accidental jumps

I'm somewhat on the fence as to whether a short travel bike is right for me. Short travel is definitely the right bike for 90% of my riding (for reference my buddies are on kona hei hei, kona honzo, giant stance waiting for transition spur, canyon neuron x2) but i'm wondering how it will translate when I travel. overall i'm leaning heavily to short travel though. i've been told twice now that I won't lose anything on a modern 120/120mm compared to my 130/130 from 10 years ago.

I will also say I am 5' 10" with a 32" inseam. 165 lbs. According to a bike fitter I have long femurs and a tall pelvis which makes for a small reach for my height. So far M bikes are fitting best.

In Bellingham, WA I rented an Ibis Ripmo AF Medium that I thought should be called a Ripless. I really don't understand the hype. The bike climbed maybe the best of any bike I've been on but I thought the descending felt clunky and uninspired. for reference, I rode my 2012 SJ on Sat on the south side of galbraith during which the dropper broke. I then rented the Ripmo for Sun/Mon. we rode galbraith again and then chuckanut the next day. I also couldn't get a great fit on the medium. The Ripmo needed a longer dropper for me. I couldn't get the seat to my desired height without pulling the actuator cable. It was close enough to ride most of the day but I didnt like the seat position relative to the pedals either. super steep STA with 170 cranks just felt terrible. The reach felt fine though. The sag was set to 30% and I played with the rebound all day to make it feel better.

In Lake Placid, NY I rented a 2021 SJ alloy (base level) S4 and again just didn't feel very excited by it. it was very stable on a couple short technical descents but very heavy and the suspension felt flat. I did pedal the tight, technical, mostly flat terrain well but did not feel agile when I took it down a faster trail with more flow (Cure on Mt Pisgah). Sag was set by shop based on my weight. I discussed the bike with the shop employee who has ridden it extensively and she also thought it was a "very grounded" bike. She normally rides a Santa Cruz Tallboy and thought it had more pop and was overall more exciting to ride. Made for riders, by riders. | Specialized.com

From seasoned pros and weekend warriors, to kids and commuters—if you ride, we’re for you. We believe bikes have the power to change lives. This simple truth drives us to be—and do—better.

Also in Lake Placid, I spent about 20 min on a medium 2020 Trek Fuel Ex 8 and that felt good... it felt like my old bike. Climbed the cobbles well enough and descended the one small pitch securely. An improvement over my bike is the ability to stand on the a climb. My bike will loose traction. Sag was set by shop based on my dad's weight who is 10 lbs lighter. 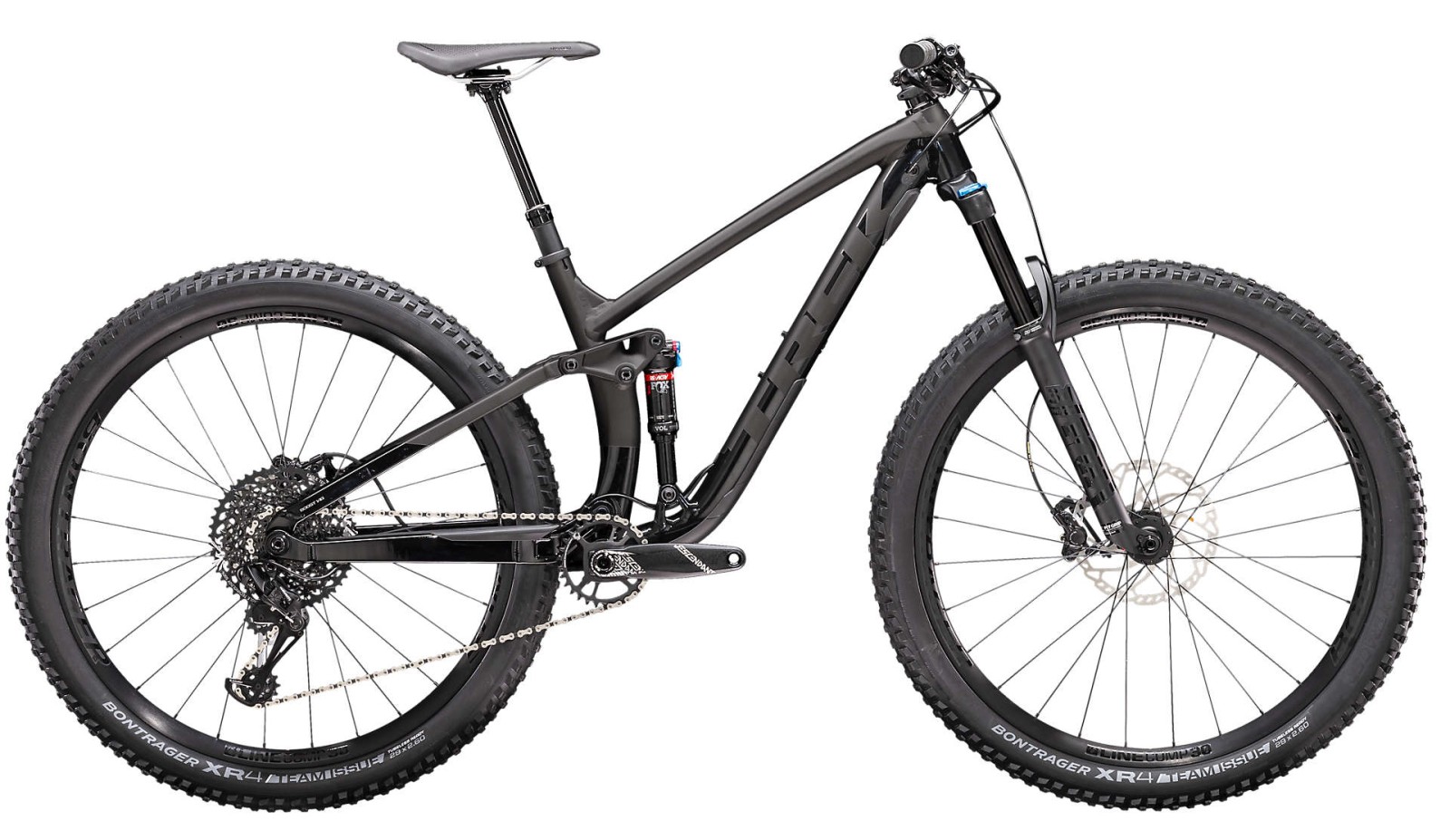 At home, I borrowed a fairly recent Salsa Timberjack when my bike was in the shop to ride a somewhat familiar trail. Wow, being on a hardtail was rough. And the fork felt flat (RS Judy). Completely unforgiving in the turns. Overall I thought the fit was good and the geo climbed and descended well. I remember it was agile around some tight turns. So other than the lack of a rear shock and a low end fork I thought it was pretty good. Not sure what year this one was.

Lastly, I descended and climbed a small, steep section of trail at home on my friends 2020 Kona Hei Hei size L. The reach was a bit long on this one. Not much to go on but I was impressed with how smooth the descent was. The handling coming back up was difficult because the front end kept wandering on me.

The Hei Hei CR is what you get when you mix speed with practicality. Its lightweight carbon frame supports a parts spec that makes every rider want to push just a bit harder. A veteran of the Kona lineup, the Hei Hei CR has staying power for a reason: it’s an incredibly fun bike for anyone to...
konaworld.com

Caveats:
1. I think the biggest thing I've learned renting/trying bikes is that they aren't set up exactly how I would set them up. The Ripmo's saddle was a touch too low. I did not think the suspension felt too stiff, just unresponsive. The 2021 SJ felt big (not out of line though) and if I were to go that route I think I'd want an S3. Almost certainly I'd set the sag a little higher to soften the ride. The trek felt great - but it was set for 10 lbs lighter rider and it might be that like my ride a touch softer than recommended(?). The hei hei was too big and I think he even had 10 mm longer stem on so I'd definitely drop to medium.

2. How much does the ride change at higher spec? I thought renting the Ripmo AF would be a good comparison to my 10 yr old alloy frame so i wasn't comparing against a carbon bike. But both the Ripmo and 2021 SJ were notieceably heavier than my 2012 SJ. Why is that?! My 2012 SJ wasn't particularly high-end either. How much are these low end suspensions (esp on the 2021 SJ) affecting my impression? Is it enough that I would get a completely different and better experience at the ~$4-5k level? the 2021 SJ Carbon frame is very light and is where the innovation happened. Not sure about the ripmo. The Hei Hei was the highest specced bike I tried and it seemed noticeable from a suspension feel. The Fuel Ex 8 I also didn't really have any immediately obvious complaints about the suspension

Based on my experience with the fuel ex, I checked out the top fuel but this seems to have gotten mixed reviews. The bike shop in Lake Placid was very positive on intense sniper T. Not much out there on this one but the builds a very nicely specced for the price. Unfortunately the major caveat in the reviews is the slack STA which affects climbing steep hills. That's the bread and butter of my local riding. Given the lackluster impression I got from the Ripmo and SJ I'm hesitant to consider the Ripley or Epic Evo since they likely share a lot of DNA.

So, where do I go from here? The bottom line is that I have not yet ridden a bike that feels like a $5k upgrade. I've seen a couple mentions in forums now that a poorly setup bike can completely change the ride and following reviews is the way to go. Is chasing demos even worth while at this pont? On the other hand, I read reviews of bikes I've ridden and struggle to see how they got to those conclusions. Any advice compiling my impressions so far into actionable insight is appreciated!
E

· Registered
Joined Jan 27, 2012
·
15,307 Posts
At the level of analysis you need your failing at demos. You can go into a demo more prepared based on reviews and your physical stats. Then you can pick the right model and set the bike up to give it the best chance at performance. You'll have to do the setup. Stem can be easily swapped. Tire pressure set. And suspension. Keep records.
Or you can do what a couple guys do. Buy the bike and take your time with setup on your trails. Fully evaluate it. If it's not enough sell it and move on to the next bike.
The third idea is to get as close as you can with the frame from demoing. Then do a custom build. Your own choice for suspension, wheels/tires and the rest. That's probably the level you're at.
D

· Registered
Joined Aug 25, 2021
·
11 Posts
Thanks @eb1888. I agree the rentals aren't giving me the info I'm looking for. I live in a rural area and higher end demo's don't exist here. I'll have to look into traveling for this or just buying and selling based on experience.
1 - 3 of 3 Posts