Three Years on a Zion

Joined Mar 23, 2004
·
6,359 Posts
I have been suspensionless for the last month or so as the suspension systems of various bikes undergo tweaking/repair. I have thus had to "make do" with the stand-by rigid Zion. I have enjoyed riding the thing so much, I thought a retrospective was in order. Rigid riding is not my usual cup of tea, but I am amazed at the competence of this relatively simple single speed bicycle

My records show I paid $249 for the frame on 1/4/07, so we are at the three year point for this bike. Initially I built it up rigid with Zion fork and Mary bars. It has gone through lots of different configurations of bars, stems and forks. I found it to be a bit on the er, flexy side when paired with a suspension fork. It really found its niche when ridden rigid.

When I obtained the Milk Money about a year and a half ago, I realized I no longer had any need for a hardtail, so I had a run off between the Zion, and Ventana El-Comandante, and a Rig frame as to which would be the rigid trail bike, which would be the commuter, and which would get the boot. The Zion came out on top of the rigid trail bike category due to its near perfect geometry, forgiving ride quality, and overall fun-ness. Had I been choosing a hardtail, however, I think the Rig would have edged it out. The Ventana has been relegated to SS commuter duty where it serves admirably, while the Rig frame sits on a shelf waiting for someone to love it.

I have ridden it in a bunch of conditions: 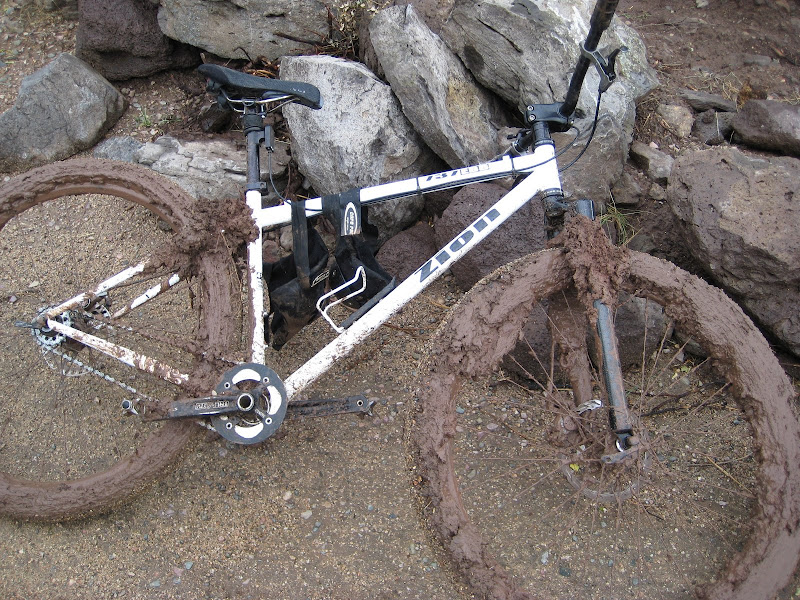 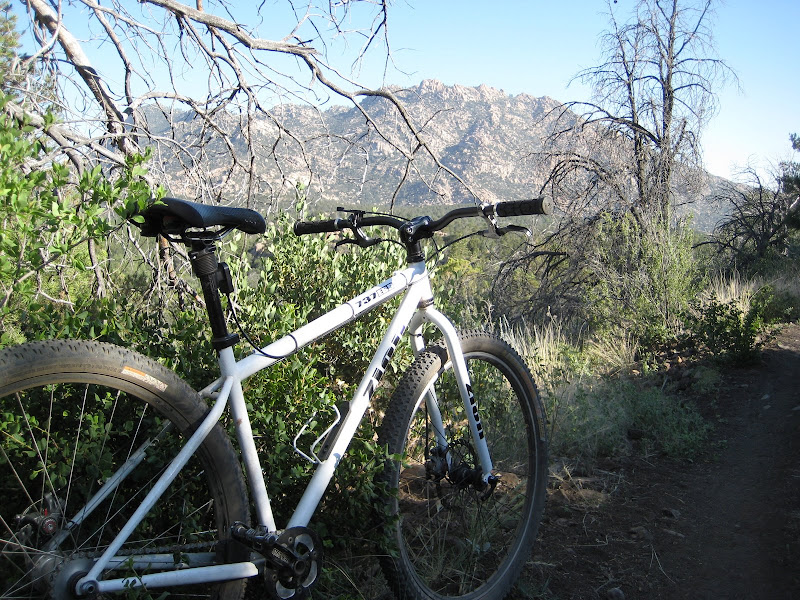 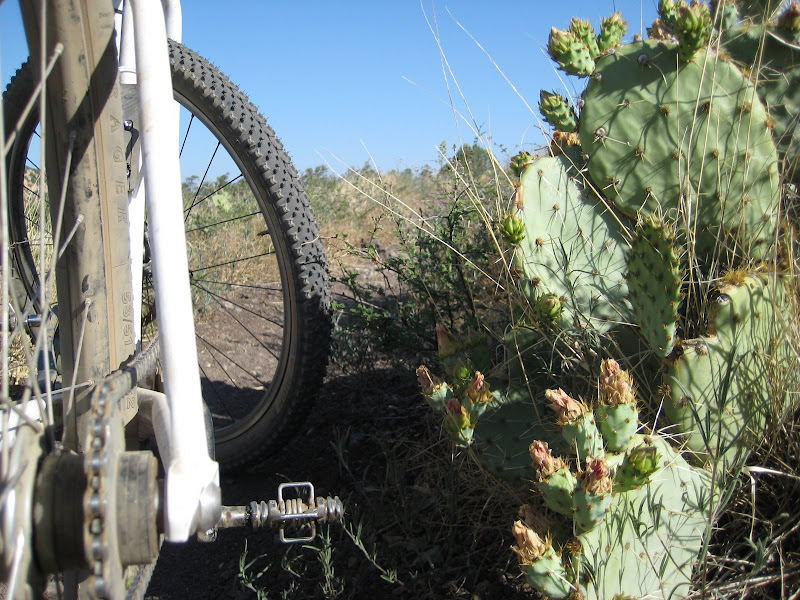 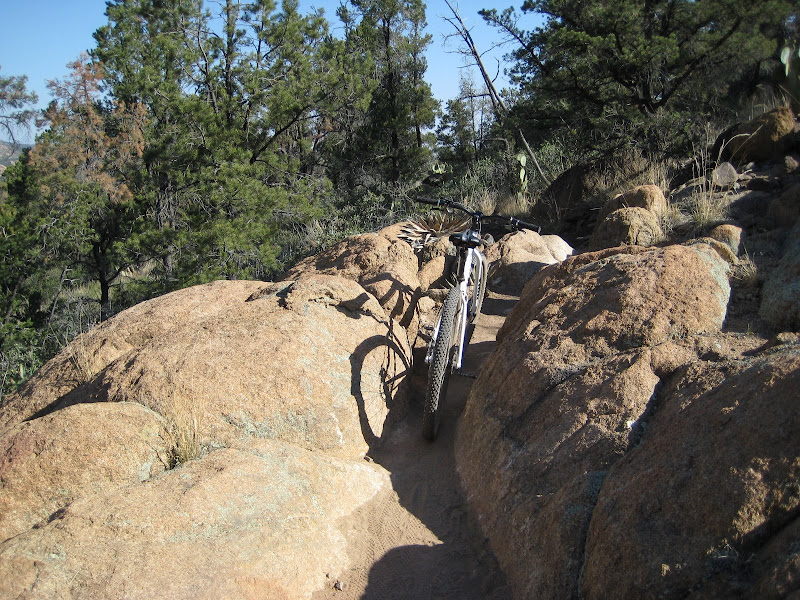 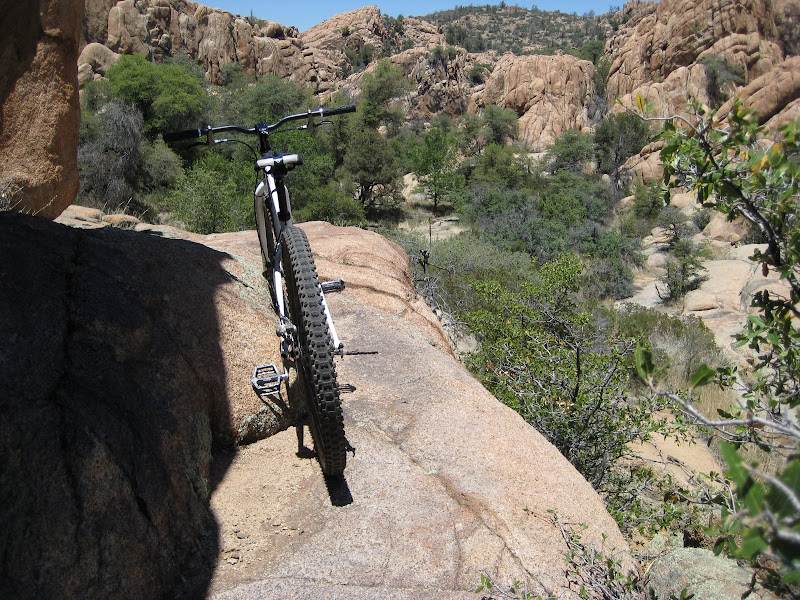 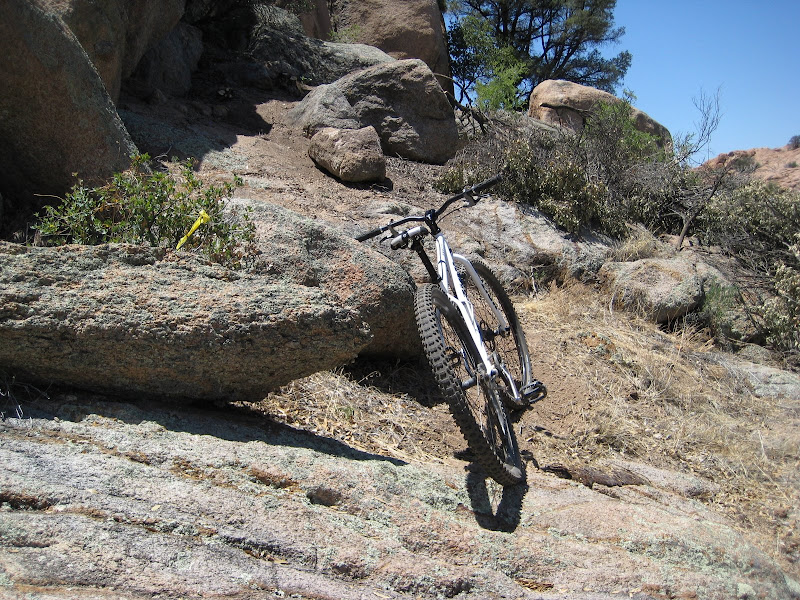 It has been the star of one video:


It continues to perform and please. Initial build was pretty budget, but over the years, the nice stuff has migrated to the frame as I decided it was my main ride. I recently treated it to a Flow front wheel and wish I had done that a while back.

I have settled on some big, wide cheap Al bars 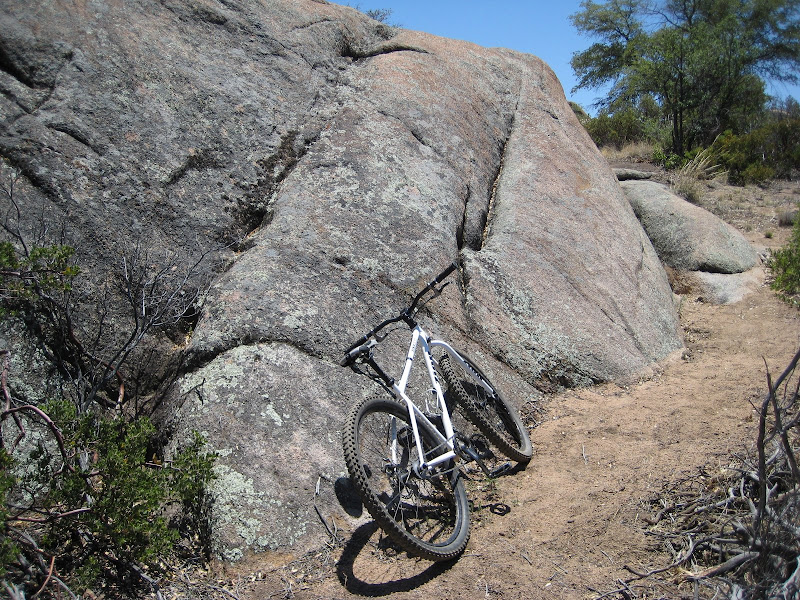 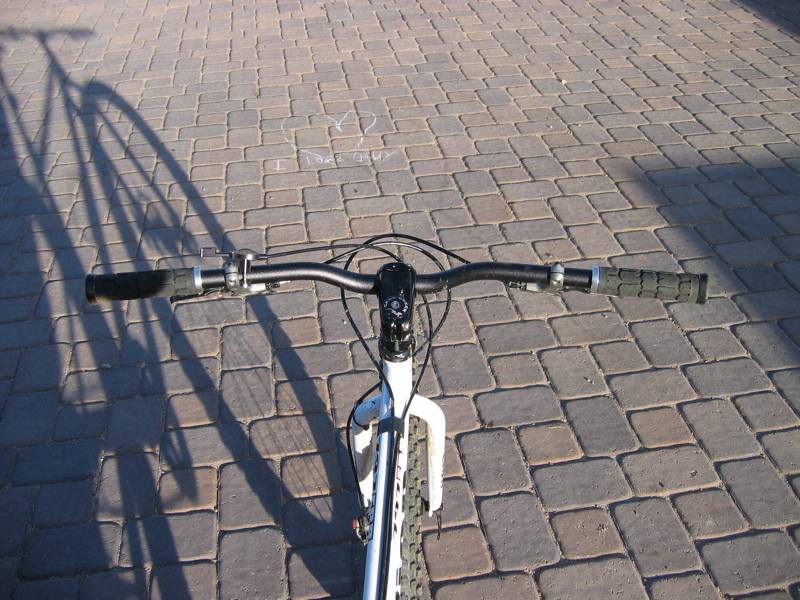 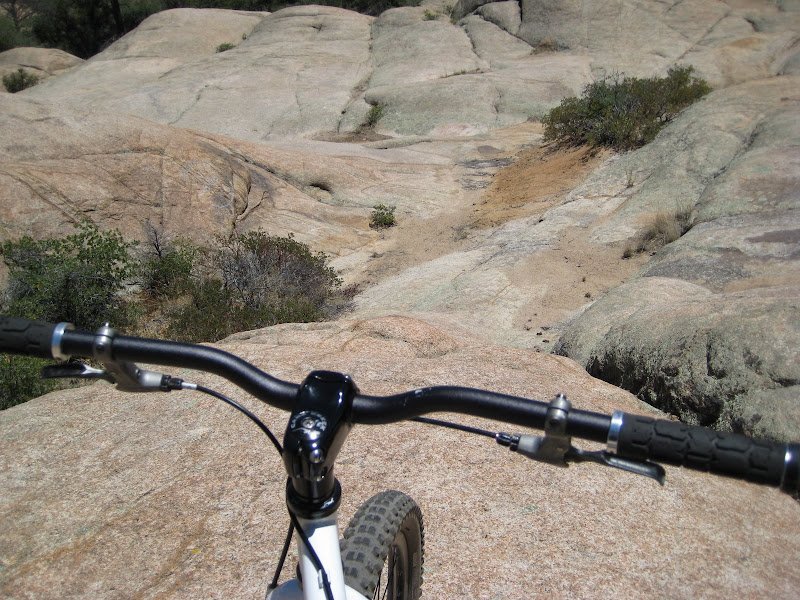 And a cheap carbon fork. 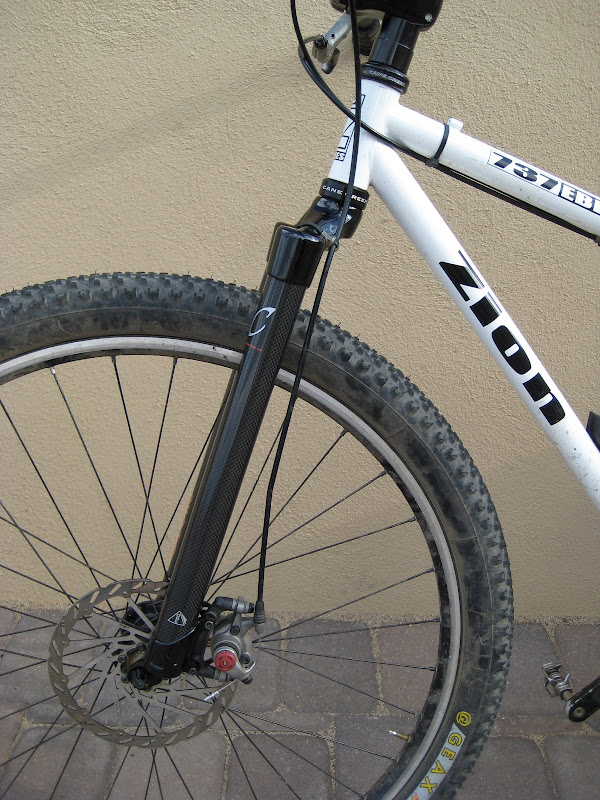 To me, the frame feels most like a 1st generation Inbred I got to ride for a while. Just a really nice springy steel feel.

The set screw EBB has never moved or squeaked in three years of use which I could not say for the Bushnell unit in the Ventana, or the Rig EBB (which was the worst).

There is little I would change about it. Perhaps slightly shorter than the current 17.3" chainstays, perhaps a bit slacker on the front end. Neither are big issues. I get slight and occasional toe buzz on the front which would be corrected if I rode a properly sized frame.

The only frame currently tempting me out there is the Canfield Nimble 9 which corrects both of the above issues, and hopefully rides as sweet. I have also considered going with an On-One Carbon fork for a little extra A-C, more offset, and increased burliness compared to the Exotic.

Otherwise, I will continue to ride it and enjoy it. It is easy to be tempted away by the more capable suspension frames, but I need to resist temptation and try to ride this bike a lot more when the bouncy bikes return to duty. It simply can not be beat in the grin/dollar ratio. It is a pity Jenson quit making these frames. I hope they return. 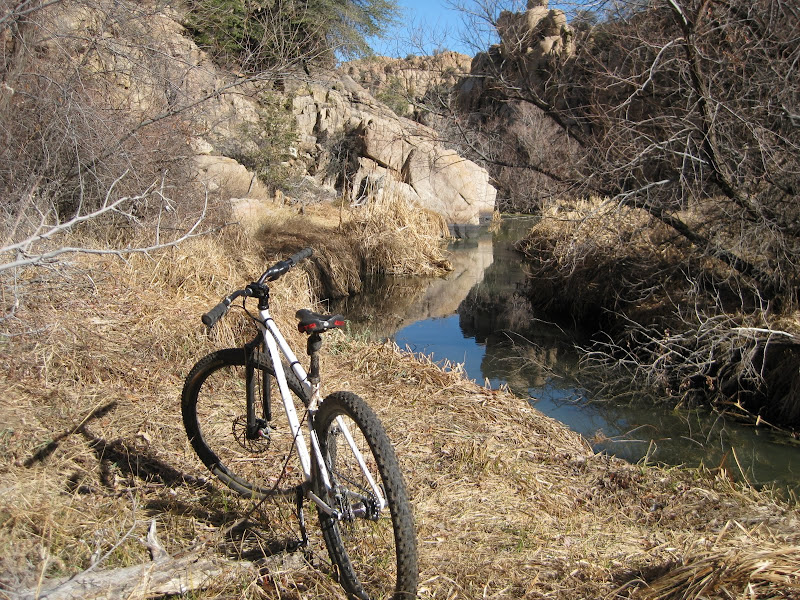 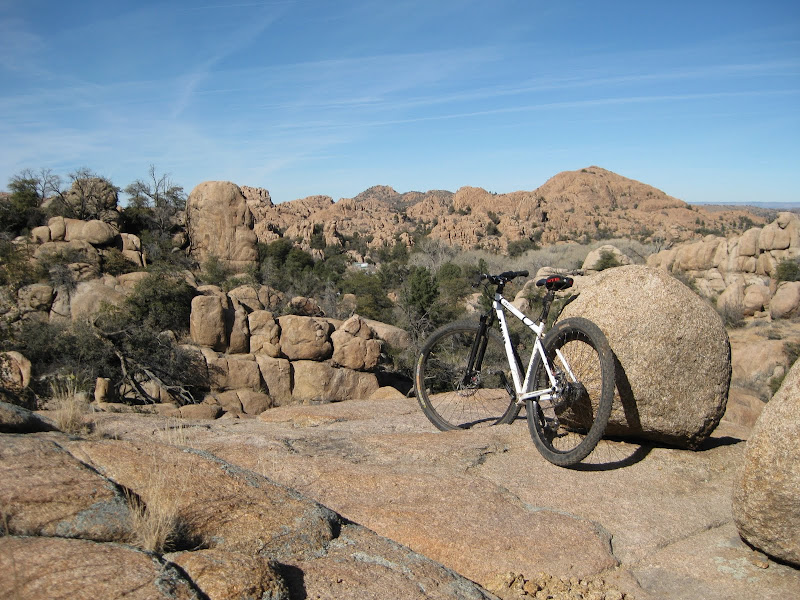 Joined Feb 14, 2008
·
4,003 Posts
I have a Zion 737 white/geared frame I bought back during Jenson's final liquidation of that frame. It is still sitting in it's original container waiting to be built up. (delayed due to illness).I hope I will enjoy mine as much as you have. :thumbsup:

Joined May 26, 2004
·
2,303 Posts
I must say that i am hoping to learn the $$ to grin ratio thing with my newest purchase. I have a GT Peace waiting for me at the LBS. I have a Surly 1x1 that has been my go to ride for the last season in spite of some pretty nice squishy bikes in the quiver.

crankpuller said:
great thread
but a gravity dropper on a rigid singlespeed?
Click to expand...

crankpuller said:
great thread
but a gravity dropper on a rigid singlespeed?
Click to expand...

Meh, I'm addicted to them. I would put one on the commuter if I had a spare. I do sort of wonder sometimes on the SS. I've been riding such technical stuff with it lately, I just drop it and leave it down 90% of the time since I'm standing to climb almost everything.

It is nice on those mellow climbs/flats though.
F

Joined May 27, 2009
·
1,527 Posts
Jenson nailed it pretty well with their Zion frames as reflected in the reviews section.

crankpuller said:
but a gravity dropper on a rigid singlespeed?
Click to expand...

I hadn't even noticed the GD, I was so mortified (shellshocked?) from looking at a bike with no suspension.

Joined Nov 28, 2006
·
720 Posts
Nice bike, do you feel any difference switching back and forth between the steel and carbon forks?

Sweeney said:
Nice bike, do you feel any difference switching back and forth between the steel and carbon forks?
Click to expand...

They both don't have much travel. No, the carbon thingy rides the same to me. All I feel is that the front end is about a pound lighter.

mikesee said:
I hadn't even noticed the GD, I was so mortified (shellshocked?) from looking at a bike with no suspension.

fos'l said:
Jenson nailed it pretty well with their Zion frames as reflected in the reviews section.
Click to expand...

The only screw up on the bike is the front fork clearance. Rebas hit. Run rigid there is no problem.
Z

Enel said:
The only screw up on the bike is the front fork clearance. Rebas hit. Run rigid there is no problem.
Click to expand...

You could try a Cane Creek S3+5 headset with your fork. There was some discussion about a Ventana crown race (I don't know if it is compatible wih the S3+5 headset though) also. Maybe a Manitou sus fork might work because of the way the fork crown is made. (Look at the Minute 29 and the Drake 29 crown).

And He was Not

Joined Jun 12, 2004
·
1,686 Posts
Sad to say after a long relationship with my Zion, It cracked at the seat tube clamp. Good news is I replaced it with a Soul Cycles Dillinger which has proved to be just as much fun with a little more travel.

I think I got mine the same time as Enel

Really I am that slow

Enel said:
Don't you have some sort of rigid type bike shaped balloon tired object you need to be riding along on

Really I am that slow