mtbbiker said:
I'm 51yrs old and have been lifting weights since I was 14yrs old. Obviously I don't lift the same amount of weight as when I was younger: bench 340lbs, squat 450lbs. As I got into my forties, I realized I need to change so I don't hurt myself, no need to be that strong and pushing heavy weights.

At 51, I'm happy with what I call the 225lb club, meaning being able to bench/squat/deadlift 225lbs for a rep of 10. Some weeks I go heavy, maybe up to 275lbs and other weeks I do alot of reps. Like others have said, every week I change it up and have be doing that for years. I hope to be able to stay in this 225lb club through my sixties but I imagine at some point I'll have to re-evaluate the 225lb club.

With Covid and gyms closing down. I ended up buying a home gym. I've stayed away from a home gym my entire life, because I thought it would be hard to stay motivated to work out at home. I was wrong, turns out, for me it was way easier working out at the home gym and I rarely miss a workout!
Click to expand...

SoDakSooner said:
Nice job! Ive actually been tracking my weight and workouts on an excel spreadsheet since 2007. Still do in addition to logging on Strava and Garmin connect. Can't give it up. Kinda fun to go back and look at the old data and notes from some of those days.Ive been way heavier and way lighter since then. Kinda crazy. I wish I could ride (outside) every day, but have started using Zwift and we also have a Nordictrak S22i bike, so can take advantage of workouts and spin classes. I also do a virtual ride once a week on zwift with a buddy from Boston. We video chat and push each other pretty hard. He's a better climber and I push on the downhills. Really want a smart trainer to get actual watts(the S22i has a powermeter though) I hit 835 estimated for a few seconds last night, but my average is definitely increasing. Need to work on the endurance stuff. I am reasonably fast in the sprints for a fat guy and have several, what I call "fat guy KOM's" locally (over 200 lbs). I tell everyone I am the fastest old fat guy on a mountain bike in Tulsa....lol. I know that's not true but it's fun....and anything to keep me riding semi-daily. Just gotta throw in the strength workouts now. My new pull up bar gets here today so that will help.
Click to expand...

I would totally do indoor Zwift if I was stuck indoors. Cardio is so critical for overall fitness. I’m always looking at current and past data and had paper logs of my data pre Polar HRM watches. Fortunately I’ve been able to make time to consistently ride and do strength training so my waist has remained 32” and my weight stays below 160lbs. My issue at 50 is trying to hit some of my climbing PRs and for strength training, hitting my consistent pull up reps, push ups on the ball, squats, lunges and all the basic Olympic lifts. Obviously my strength is less but I still keep pushing the iron.

If you often exercise, there’s a good chance you also tend to be more creative, according to an interesting new study of the links between physical activity and imagination. It finds that active people come up with more and better ideas during tests of their inventiveness than people who are relatively sedentary, and suggests that if we wish to be more innovative, we might also want to be movers and shakers.

Science already offers plenty of evidence that physical activity influences how we think. Many studies in people and animals show that our brains change in response to physical activity, in part because during exercise we marinate our brains with extra blood, oxygen and nutrients. In rodent studies, animals that regularly exercise produce far more new brain cells than their sedentary counterparts and perform better on thinking tests, even if they are elderly. In people, too, exercise tends to sharpen our abilities to reason and remember and buoys our moods.

But creativity is one of the most abstract of thinking skills and difficult to quantify, and its relationship with exercise has not been clear. A few past studies have found intriguing relationships between moving and originality. In one notable 2012 experiment, for instance, researchers asked some of their volunteers to move their arms loosely and fluidly through space, tracing the lines of a looping, curvy line-drawing the scientists had shown them, while another group arm-aped a straighter, more angular drawing. After each session, the researchers urged the volunteers to dream up novel, unexpected uses for an ordinary newspaper and found that those who had moved fluidly, almost as if they were dancing, came up with more original ideas than those whose movements had been rigid, straight and formalized.

Another, more conventional 2014 study of exercise and creativity likewise found that moving can spur innovation. In the main part of that multipart experiment, volunteers sat at a desk in a lackluster office space, trying to imagine new ways to use a button and otherwise engage their imaginations. They then completed a slightly different test of their creativity while walking on a treadmill in the same uninspiring room. Almost all of the participants spun out ideas that were more numerous and ingenious while walking than sitting.

But those and most other past studies of movement and creativity looked into the short-term effects of physical activity under tightly controlled conditions in labs or similar settings. They did not examine the potential linkages, if any, between everyday activities, like going for a walk, and the workings of our imaginations, or how being active could possibly affect creativity in the first place.

So, for the new study, which was published in Scientific Reports, researchers at the University of Graz in Austria decided to track the normal activities of a group of average adults and also measure their creativity, to see whether and how the two might align.

The scientists wondered, too, about happiness. Some past research had speculated that good moods might be the intermediary linking activity and creativity. According to that idea, moving makes people happier, and their good cheer in turn makes them more creative; in that scenario, moving does not directly affect creative thinking.

To learn more, the researchers gathered 79 healthy adults, gave them activity trackers for five days and then asked them to visit the lab and let their imaginations soar, conceiving new uses for car tires and umbrellas and finishing partial drawings. The researchers then rated their output on its originality and other measures. The volunteers also completed standard questionnaires about their moods.

Finally, the scientists crosschecked the data, using a complex form of statistical analysis that incorporates findings from related, earlier research (to give the results more statistical heft) and weighs how much of a role a potential mediator plays. In this case, the researchers wondered, did being happy relate closely both to how much people moved and their creativity, meaning it linked the two?

The answer, the researchers concluded, was no. The most active of the volunteers proved to be also the most creative, especially if they often walked or otherwise exercised moderately. Active people also tended to be happy people, although their moods were highest if they engaged in relatively vigorous activities, like jogging or playing sports, rather than moderate ones.

But the correlations between activity, creativity and moods were slight. People could walk often and be quite creative but not especially happy, suggesting that it was not improved moods that most influenced creativity. It was moving.

The findings point to “an association between creativity and physical activity in everyday life,” says Christian Rominger, a professor of psychology at the University of Graz and the study’s lead author.

The study was associational, though, meaning it looked at a brief moment in people’s lives. It did not involve a randomized experiment and cannot tell us if being more active directly causes us to be more creative, only that activity and creativity are linked. It also does not explain how exercise and other activities might shape creativity, if not by raising moods, or show whether a brisk walk now helps us better finish a newspaper column or some other creative venture later. But the results do intimate that active imaginations start with active lives. 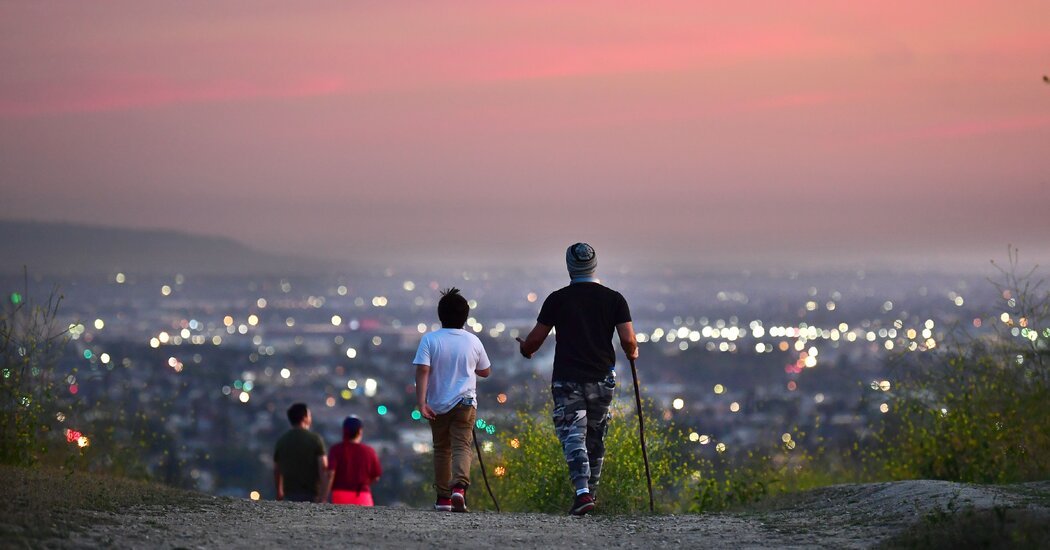 Can Exercise Make You More Creative?

To spur innovation and ideas, try taking a walk.

Joined 11 d ago
·
1 Posts
The absolute best, simplest and most effective routine I follow:

Joined Jan 9, 2017
·
202 Posts
has anybody seen good results with increasing speed by doing strength training for the legs??
Q

Joined Sep 29, 2016
·
127 Posts
The time under tension will decrease. Do plyometrics or better all kind of squats with 2-0-2-0. There are a lot of studies about t.u.t. and intervals. Fiddling with time of intervals is unnecessary.
441 - 448 of 448 Posts
Join the discussion
Continue with Facebook
Continue with Google
or sign up with email
About this Discussion
447 Replies
94 Participants
Last post:
quite.right 24 h ago
Mountain Bike Reviews Forum
A forum community dedicated to Mountain Bike owners and enthusiasts. Come join the discussion about bike parts, components, deals, performance, modifications, classifieds, trails, troubleshooting, maintenance, and more!
Full Forum Listing
Explore Our Forums
General Discussion Downhill - Freeride California - Norcal Passion Shocks and Suspension
Recommended Communities