Have been looking at the options of either upgrading to a new fork, having someone local service it, or trying doing the service myself (have worked on most everything else except suspension... at this point, it's partly a mental block of never having done it before and partly nervousness about the possibility of messing things up at a time when parts are hard to come by).

I'm currently running 29x3.25" Vee Bulldozers and from what I can tell the options for forks that support that (at least per specs) would generally be either what I have or moving to the Mattoc Comp / Pro. Mastadon EXT and a few other fatbike forks look like they might work as well, but would require rebuilding the wheel on a fatbike hub.

Presumably the Mattoc Comp would be a step up from what I have now. Am I correct in that assessment, or would moving up to the Mattoc Pro be needed to feel more of a difference?

Both Mattocs and the Mastadon are out of stock, but given how late it is in the riding season here in MI, I'd probably be fine with waiting to swap things out as long as I get something before spring.

I'm about 160lbs and have been running the fork in the ~60-65psi range and from little bits of dust that I can see it looks like I'm using about 50-60% of my travel on most rides. Our trails in SE Michigan are pretty standard XC fare with rocks / roots / log piles and generally less than a foot or so off the ground if I do find myself in the air. Is that pretty expected, or should I be seeing more travel for this kind of riding? (As an additional data point, I'm seeing a similar percentage of travel on the 24" 145mm Junit fork on my son's bike doing similar riding, though lately he's getting closer to 70% travel starting to try smaller jumps)

If I do decide to go the route of servicing the Machete Comp I have now:
- Is this video of the older Mattoc service from the Hayes YouTube channel pretty close to what I should expect on the Machete?

- Do the Trek OEM forks from 2018 allow adjustment up to 140mm like some of the current 120mm forks, or am I capped at 120mm? From looking at this service & travel guide, the main difference I can see is it looks like the 2018 models may need a different compression rod for 130/140mm: - For the 32mm seal kits, does that include a travel indicator o-ring? (not a huge issue, but the fork doesn't have one now).

- For the thin walled 8mm socket in the Manitou tool kit, what's the external diameter on those? I have some existing sockets here, but generally like to make sure I have everything on hand before I get started. If what I have already will work, I might just go the route of using a modified cassette tool & getting the Park flat socket set vs. ordering the Manitou kit.

- For pressing in seals, are there any disadvantages / advantages to the Manitou press vs. one of the piloted seal press designs like RWC sells?:
RWC DUAL WIPER-SEAL PRESS 32-34

- Is a downhill tire lever really required, or will standard tire levers suffice for popping out seals? There's mention of a screwdriver as an alternative, but I'd like to use the right tool for the job if it means less chance of scratching something. If I do need another lever, would a nylon coated lever like this have less potential to scratch things up? 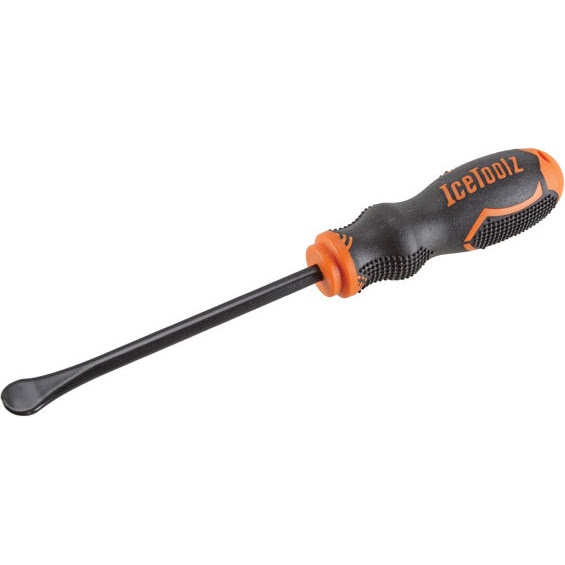 - In some of the videos I've watched, it looks like they just take it for granted that everyone has a large drip tray for oil lying around -- is there anything else similar that would be helpful to have around that isn't mentioned in the service manuals?
T

If I decide to go the service route, here's what I have so far on my list of stuff to order:

Joined Dec 14, 2013
·
1,816 Posts
I rebuilt my 27.5+ Machete and it was fairly easy to do. On my version, I was only able to extend it to 120mm of travel and as I was digging through the service manual it appeared that I was limited by the length of the stanchion (and subsequently the compression rod I believe), so as far as bumping travel, I think you'll find out once you get inside it.

I can't speak to the oils/presses as I just used what I had laying around, mostly so I could get it back up and running.

Dougal said:
29+ Mattoc is going to be difficult to find. The Machete is a solid performer that'll do an easy 10 years service.
Click to expand...

Any thoughts on the possibilities of extending to 140mm with a different compression rod or whether or not it would be worthwhile to upgrade any of the internals?

TimTucker said:
Any thoughts on the possibilities of extending to 140mm with a different compression rod or whether or not it would be worthwhile to upgrade any of the internals?
Click to expand...

29+ machete did come in a 140mm length. Stanchions were longer than the short travel version. I think I have a 140mm CSU here. ABS+ is a great upgrade if you haven't already got it.
29+ Mattoc can only do 120mm max.
T

Example from Jenson (who only has the 100mm version in stock):

Is that just a holdover from product copy on the non-29+ versions?

Example from Jenson (who only has the 100mm version in stock):

Is that just a holdover from product copy on the non-29+ versions?
Click to expand...

Those guys don't know, they just copy/paste descriptions. The 29+ can only do 120mm max and there are some shorter versions that can't even do that.
T

Dougal said:
Those guys don't know, they just copy/paste descriptions. The 29+ can only do 120mm max and there are some shorter versions that can't even do that.
Click to expand...

That's kind of what I figured.

As for some of the other questions: do you have a preference between the Manitou vs. the RWC seal press? I see you sell both on the Shockcraft site and they're roughly the same price.

TimTucker said:
That's kind of what I figured.

As for some of the other questions: do you have a preference between the Manitou vs. the RWC seal press? I see you sell both on the Shockcraft site and they're roughly the same price.
Click to expand...

We use the RWC presses. The Manitou one we should probably obsolete. It was good for the non-flanged seals.
T

At this point I think I just need a drip pan and either the Manitou socket set or an alternative.

Still not sure why it feels so much more intimidating to work on than the rest of the bike, but for some reason it does.
T

It's been a while, but I finally got around to doing a full service yesterday (with gas prices high, I'd been putting a lot more of my miles on my rigid bike):
A few quick laps around our backyard trail & it feels pretty good -- should get a better feel for things when I head out to a real trail later today.