Joined Feb 8, 2008
·
2,980 Posts
After a week of searching and exploring sections of the Tucson Mountain Park (see this week's posts), I got to ride the loop around the TMP. I had a little late start and some problems on the trail with the GPS. Rolling out at 6:00 am in the 37 degree weather was kind of interesting. I was thinking about Dave (Ionsmuse) up in Montana and how if he saw me all bundled up (three layers, arm and knee warmers, and a balacava, yes I have to admit it, I was wearing one for some of the road ride until I got to the gasline. Here is a good shot of the gasline road that connects my house to Sweetwater Trailhead. 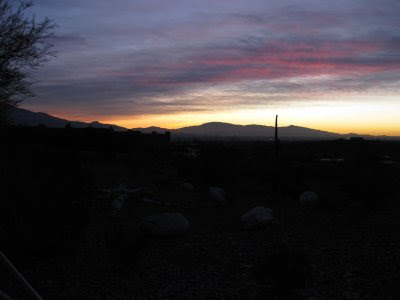 I did the a loop at Sweetwater before riding out to Camino de Oeste and Starr Pass and the newly built Robles Pass. All three have incredible single track with some great technical sections. It started to warm up as I was ascending the Golden Gate (mile 40ish below). I had to dab several times here. 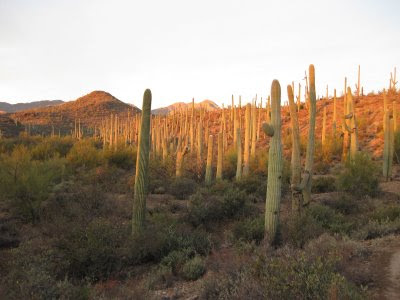 After a phone conversation with Scott last night about Brown Mountain, I decided that I had to do Brown Mountain. When I got to the bottom of the switchbacks, I almost opted for the shorter route around the mountain. Nope, nope. Let's climb this mountain. Check out the profile below; Brown Mtn is at between mile 48 approximately. It was a combination of hike-a-bike and attempt to ride some of the rock drops.

Brown Mtn with some single track in view on the other mountain. 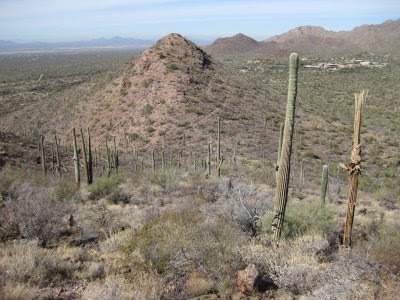 This was also a good time to see how were are feeling. Loving every moment of the ride, check out this smile on the hike-a-bike portion of Brown Mountain...aptly named after its favorite rider 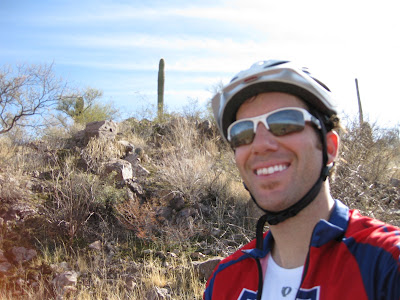 After filling up my camelback at the Desert Museum (shamefully, the Osprey 22 bag is mostly full of my warm gear that I used for less than an hour this morning) 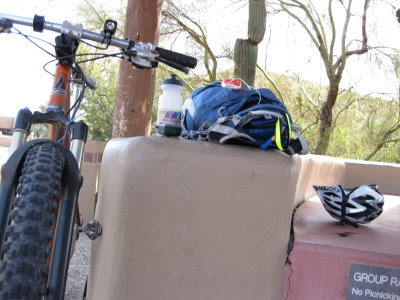 it was off to the Saguaro National Park. Some great views along the dirt road for about 10 miles. Here is a good shot looking west toward Tucson while still in the Saguaro NP. 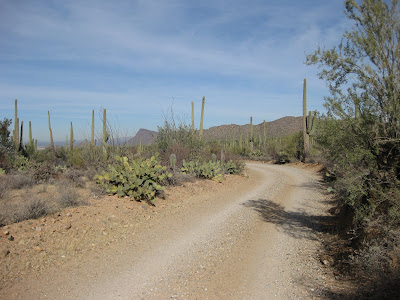 The profile of the 70 miles with 10299 feet of climbing with 8 hours of moving time.

The skinny on the route: about 65% single track, 30% double track and 5% paved roads (since I rode from my house). The trails used in the route: Sweetwater, Starr Pass Trail System, Paso Robles, Brown Mountain. Here is a good picture that Brink made: 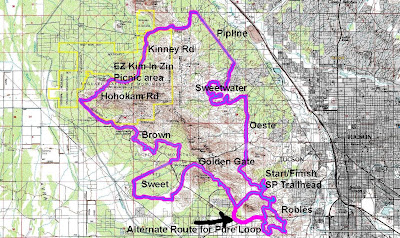 There are more versions to the route that exist, it could be a lot harder (adding in the Stone House or another of the loops at Sweetwater) or easier (going around Brown Mountain), but the route covers ever trail network in the Tucson Mountain Park.

Joined Aug 25, 2003
·
16,941 Posts
You did upper Brown and have the photo evidence to prove it. Spot on, Chad. Bonus points for hauling the ~freezing gear around all day.

I'll look forward to trying this one sometime soon.

Krein said:
Doh. That was me, not Mike. He still thinks you're a pansy until you clean the spiral staircase on Goat Camp.
Click to expand...

Oh it's on, it's on like flan. You, me (mike) and the staircase, tomorrow. I am going to put some extra-hot salsa in your breakfast burrito too.

Joined May 21, 2005
·
87 Posts
That's the way to spend a day. Very nice.
I've DL the picture. I'd like to get more detailed info on the actual route, can't make out the name of roads or trails.
If'in you don't mind. It looks like it would be a great ride for my wife and I in the week or so.
Thanks.

BooBoo said:
That's the way to spend a day. Very nice.
I've DL the picture. I'd like to get more detailed info on the actual route, can't make out the name of roads or trails.
If'in you don't mind. It looks like it would be a great ride for my wife and I in the week or so.
Thanks.
Click to expand...

The GPX file of a similar, shorter route that Brink did yesterday and here is the challenge that he put forth to anyone interested in doing the route.
1 - 6 of 6 Posts