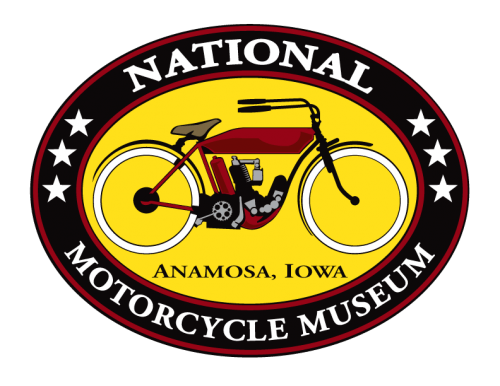 C Smasher said:
Oh god I had so much chain suck on my 1999 Specialized Rockhopper FSR. Memories.
Click to expand...

Thanks for the video. That was fun to watch.
S

Joined 12 mo ago
·
255 Posts
I've defended 2x drivetrains in the past and really don't see why people despise a front derailleur so much, but I recently swapped a lot of parts on a hybrid I picked up... It runs a triple up front with a 9 speed cassette. It might be the old Exage 6 speed crankset I put on the bike and the rings with no ramps or pins, but the shifting really leaves a lot to be desired, so I totally get what he's talking about.

And wow... back in the day I never used my big ring on my triple cranks on the trail, but I find myself using all three rings for the range I need on this hybrid... holy crap a triple is super annoying compared to a double!

I'm running a 2x on my three more modern bikes and I love them. I love them so much I don't want a 1x, but that triple... it's BS. Even saying that, I can't stop staring at it sometimes. I've got it mounted on my top bunk in the truck, and the crankset is at eye level, and it just looks so much cooler than a 1x or 2x.

Joined 12 mo ago
·
275 Posts
Meh, I love the triple on my cargo bike. I like the range I get with the double on my fatbike too, but it's almost like if you are going to have a double, why not have a triple. Then at least you can stay in the middle ring most of the time and actually shift the front less.
P

Joined Feb 24, 2006
·
1,936 Posts
Front derailleurs get a bad wrap (with the exception of needing an above bar dropper lever). I’ve used them for 25 years, and they are notoriously dependable. Moreover, I like 2x gear ratios better than my 1x12 (especially 2x11). But it is simpler to run 1x12 (maybe that’s the reason for all the FD hate).
T

Joined Jul 5, 2011
·
9,288 Posts
All the complaints online, but like you all I've never had issues with my FDs in the past. Everyone kept talking about weight, but it just moved it from low on the frame to out back on the wheel.
Also riding a lot of rolling terrain, no long climbs with long descents, I liked being able to drop the front ring.

Pisgah said:
Front derailleurs get a bad wrap (with the exception of needing an above bar dropper lever). I’ve used them for 25 years, and they are notoriously dependable. Moreover, I like 2x gear ratios better than my 1x12 (especially 2x11). But it is simpler to run 1x12 (maybe that’s the reason for all the FD hate).
Click to expand...

I would agree the 2x11 worked fairly well until the drivetrain started to wear. Then there was a noticeable uptick in dropped chains, miss shifts and harshness. The 1x12 eliminated some but not all of the inconsistent performance.

Sounds like he had a lot of great times and wouldn't have traded his experience with all that crappy equipment for anything.

Joined 12 mo ago
·
255 Posts
I'm in the middle most of the time, but need a gear or two lower or higher and it get's annoying doing all that shifting back and forth. I've got lower gears on the cassettes on my bikes with 2x setups, and I've thought about getting a new cassette for the hybrid, but it would just get me one more gear on the low end and nothing for the high end. I've got the same size small chainring on my hybrid and mountain bikes, but the difference between 32, 36, and 42 cogs on the back are way obvious.

Absolutely hated dropped chains on my mtb. Maybe with a hardtail and clutched derailleur 2x would be better if your terrain could even make use of the gear range available. If you can't make use of all the gear available it's not worth having them.

I think for the vast majority of mountain biking eliminating dropped chains, chain suck and the shifter from the handlebars is a major upgrade.

2018 GG Smash
Joined Mar 30, 2012
·
180 Posts
I think it comes down to the terrain a lot of us ride too. I ride lots of Colorado Front range so you climb and then descend, you can find some rolling rides but none are all that long. I dig the 1x11 with a 30t front and 46 big ring in the rear that I only use when it's beginning of the season (I'm super out of shape) or we're on something incredibly steep.

I will say my GX clutch leaves a lot to be desired in as far as durability. The der shifts smooth as butter 3 seasons in but I started dropping chains and ended up picking up an mrp bash/chain guide to fix the issues instead of a new der since it shifts perfect but just can't hold the tension it did when it was new.
P

Fajita Dave said:
I think for the vast majority of mountain biking eliminating dropped chains, chain suck and the shifter from the handlebars is a major upgrade.
Click to expand...

i rarely ever get chain suck or drop chains. I remember chain suck being more prevelant in the mid 90s. But those problems mostly disappeared. The only time I ever drop a chain on a 2x is when the drivetrain is basically ready to die.
F

Pisgah said:
i rarely ever get chain suck or drop chains. I remember chain suck being more prevelant in the mid 90s. But those problems mostly disappeared. The only time I ever drop a chain on a 2x is when the drivetrain is basically ready to die.
Click to expand...

I had one bike which I couldn't solve chain suck at all but it was a cheap drivetrain.

With a 2015 GT Sensor I had upgrade to a 2x XT drivetrain and it would still drop chains with the limit screws set to rub a little. Those teeth are designed to let the chain slip off easy or they won't shift. With an FS bike I think the chain peals off from the bottom of the chainring when the chain goes slack during rough downhills. It won't matter how the mech is set or how old the rings and chain are.

Joined Jul 16, 2005
·
35,222 Posts
The XC racer guys should have known better about this, due to their cadence, but you really don't gain anything from those super large chainrings. If you could pedal them near the optimal race RPM, say 90 or so, you'd be going well over 30mph and if you can average 30mph in a race, well you'd absolutely smash the record times, or to put it another way, you are aerodynamically limited well before that. It's not that you can't turn the gear ever, but in the situations when you can turn the gear, it really isn't doing anything for you compared to a smaller chainring and pedaling faster. So we see racers of all disciplines still getting faster and faster, without these giant gear combos that were so prevalent. Even in DH racing, where the idea was we needed 50t chainrings, it's long gone (and pedaling is still ultra important there if you want to be competitive). There are situations in roadie stuff where you can easily pedal a much larger gear, in a peloton, as the leader changes out and everyone goes through cycles of leading and drafting that alone, would be unsustainable. It's also much more critical that if there is a very steep downhill, that you don't fall off the pack, needing a little harder gear for what would otherwise be an unsustainable sprint, otherwise if a gap opens, you won't recover it, again due to wind resistance. But the speeds are so much slower and the courses so much more varied in mtb that this really wasn't the case. Yes, there is still drafting and yes, there were some tamer courses, but it just didn't carry over that we needed such giant gears and gear range.

My riding buddy that started early around SC said the pros never used the granny ring in those days, sticking it out in the middle, realizing it was faster to run uphill with the bike rather than shift to the granny gear. For sure on some climbs that are questionable it is better to make that decision early, rather than stalling out mid-way, but I don't know if my buddy is really correct on how the pros use those triples. I did this for a while, but it really only worked decently on a hardtail, worked like crap on those early inefficient FS bikes. Once you "trained" to do this, it wasn't a big deal, like a SSer used to SSing.

But my main point is that gear range on the high end is way way over-rated. Gear range on the low end gets to be a little excessive at some point too, as at least for myself, I will lack the forward momentum to clear stuff uphill if I go low enough, but I'd rather have that and tweak the chainring to 30, 32 or 34 rather than the 2 and 3 ring setups where you get all that increased top end that really doesn't do anything for you.

The front D always worked like crap compared to the rear, if it even worked acceptably, due to shifting over so much more distance for gear changes. There were attempts to try and band-aid this, but it never worked as well as the rear.
1 - 20 of 219 Posts
Join the discussion
Continue with Facebook
Continue with Google
or sign up with email
About this Discussion
218 Replies
39 Participants
Last post:
speedygz 17 h ago
Mountain Bike Reviews Forum
A forum community dedicated to Mountain Bike owners and enthusiasts. Come join the discussion about bike parts, components, deals, performance, modifications, classifieds, trails, troubleshooting, maintenance, and more!
Full Forum Listing
Explore Our Forums
General Discussion Downhill - Freeride California - Norcal Passion Shocks and Suspension
Recommended Communities