Joined Jan 13, 2008
·
588 Posts
After the last pretty tough day (see end of part one) we stayed two days in Tafraoute, in a hotel this time instead of bivouac. A short loop of 25k took us along the villages nestled in the foothills of the anti-Atlas range.

Lots of singletrack fun, taking care not to end up next to the trail... prickly pear cactus surround the villages (they're the local "fruit trees"). Alas, they're not in season.

The extremely steep climb at the end was a surprise nobody counted on, but the rough singletrack descent back to the hotel made up for it. Tafraoute is also the commercial hub of the region and it was nice to check out the multitude of little shops and the souk (market) to try to score a souvenir. The local shoe shops unfortunately didn't carry bike shoes ;-). 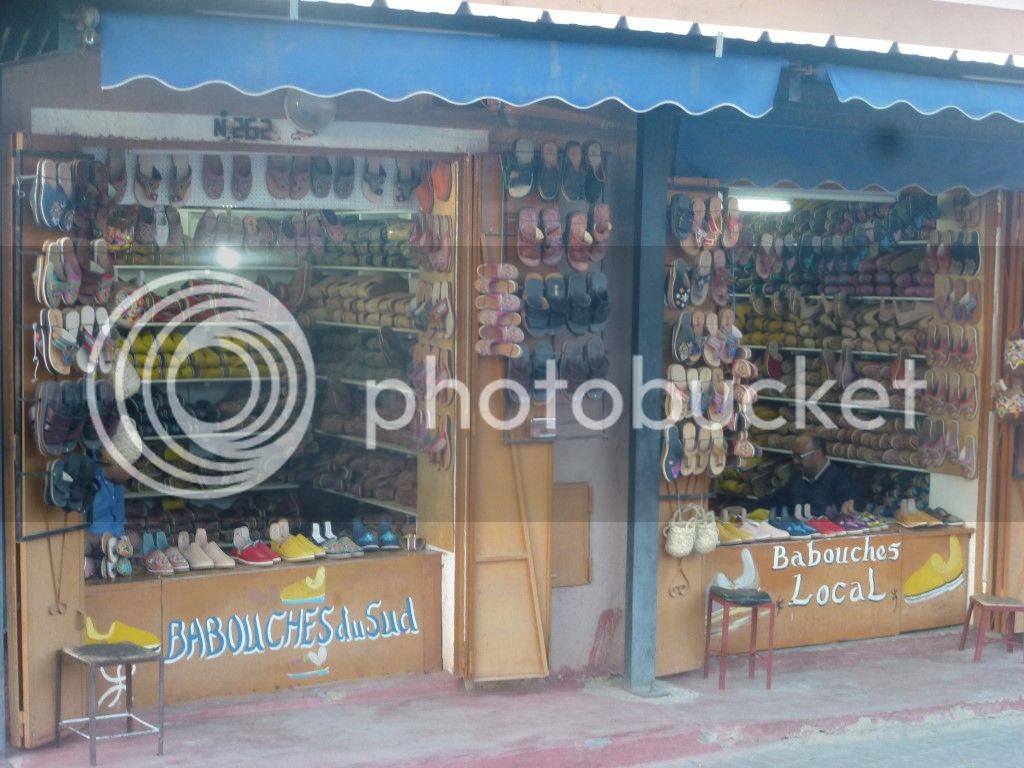 The day afterwards we started heading straight south, aiming for the edge of the western Sahara. Strange views just outside of town, where a Belgian (!) artist painted a scattering of boulders blue and a few even pink... I think the real art is convincing people that such is art...

Along the way, in a small village, we came across this homemade ferris wheel in a playground - made of old oil drums. Kudos to whoever dreamed this up, it must give the kids a blast!
From there on we climbed to a very windy plateau and the bivouac spot smack in the middle of a village. That was great to have some shelter against the wind, but we could have done without the quarreling dogs during the night. And the muezzin calling for the morning prayers at an ungodly hour ;-) was a bit too much of "couleur locale".

But the food more then made up for it, to prepare a proper tajine takes time but the result is really good.

The next day was full of surprises. There was a choice between a jeep trail over a plateau, that dove into a canyon after 25k. Or a much smaller trail, that dropped down in the same canyon but much earlier. That second trail came to a dead end in a small village in the bottom of the gorge. I had scouted the almost 7k gorge between that village and the first jeep trail (almost 2h "speed march") and had decided that it was a really nice hike but that bikes would prove too cumbersome to take along.
So a deal was struck with a local van driver to pick our bikes up in the village and shuttle them around, so we could hike the gorge unencumbered. So far, so good.

Half of the group decided to take the upper route, the other half decided to hike the gorge.

That group came across a little problem really early in the ride: the shuttle van was stopped with a shredded tire and the driver didn't have a clue how to change it. We did it for him but the sole spare tire was in a very sorry shape... if we'd confide our bikes to the van, and it would suffer a second flat, we'd never get our bikes back in time at the end of the gorge. So the decision was made to continue, taking the bikes with us through the canyon as best as we could.

The rest of the descent offered some really stunning views... truly amazing!

We continued down through a series of side canyons until we hit the river bed of the big one, with an oasis full of date palms. Karl & Rudi took it upon themselves to "liberate" a few dates from the trees. They were also out of season, but still edible - thanks guys !

The jeeptrack soon came to an end in a lonely village and we zigzagged down through some gardens into the riverbed. Villagers had long ago chiseled 30 meters through a rock wall to cut off a river curve of more than a kilometer (that curve should be a pretty view from above, almost "connecting" again). Problem was that after a km the river bed had dropped a good 20 meter and the tunnel was almost horizontal... Getting down with a bike and on cleated bike shoes was... interesting .

Then the canyon itself... we started by airing down our tires a good bit more. I had mentally prepared myself for a serious hike-a-bike slog through the gorge, its boulders and the sometimes luxurious vegetation, but our bikes continue to amaze me: we could bike most of it!
It was often stop&go, hauling the bikes over boulders and pushing through the palms. But mostly it was superfun technical biking and "powering" over football (european/soccer ) sized rocks over amazingly long stretches. A normal mtbike would have been able to bike maybe 10% of it.

While we were having fun at the canyon's bottom end, the other half of the group went along the top of the gorge. With some marvellous views and a steep descent into it.

To be continued in part 3
S

Nobody is happier than I am, the last 18 months have been too hectic. From now on: less office and more time on a bike !
C

Joined Nov 16, 2014
·
41 Posts
Thanks for the great TR! I remember reading an article about those painted rocks and the controversy surrounding them. I think it was in Rock and Ice or Climb some time in the late 90s.
1 - 6 of 6 Posts