I got some sex in the mail today

Can't wait to get it on the bike. Unfortunately, no rides for a week or two. :frownyface: 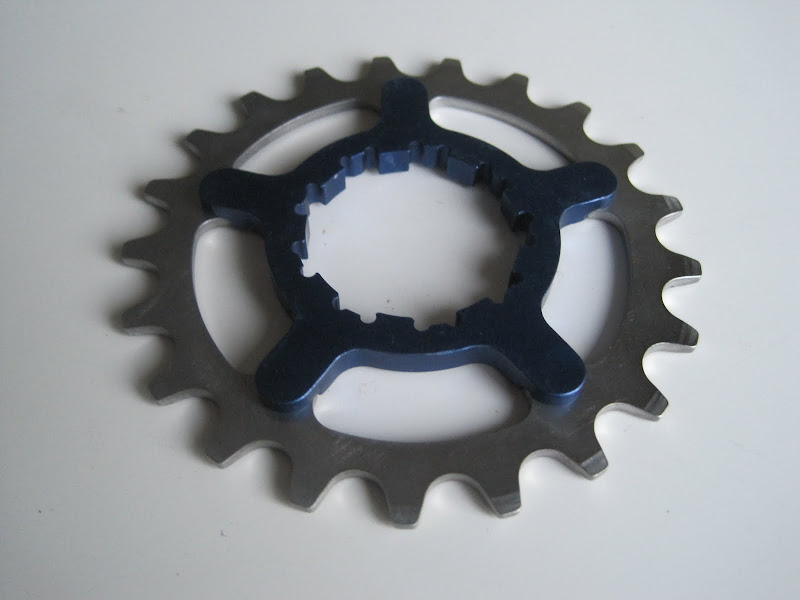 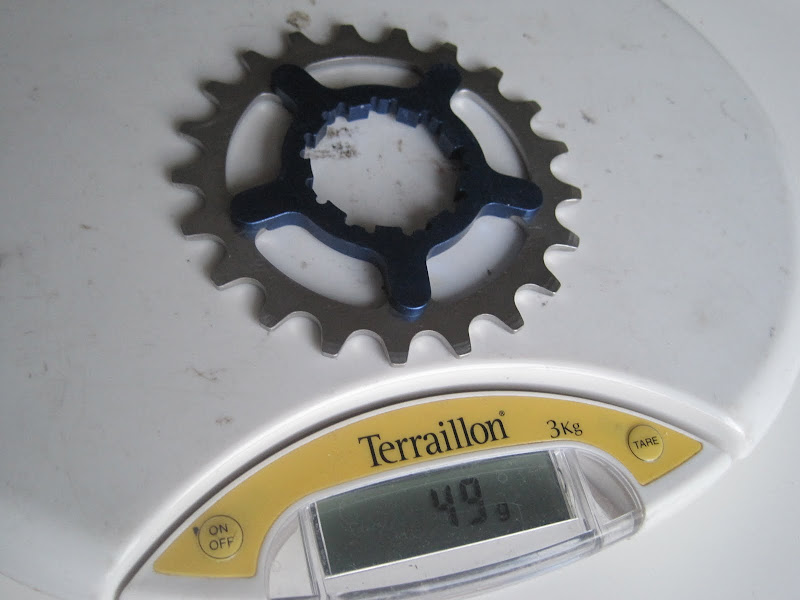 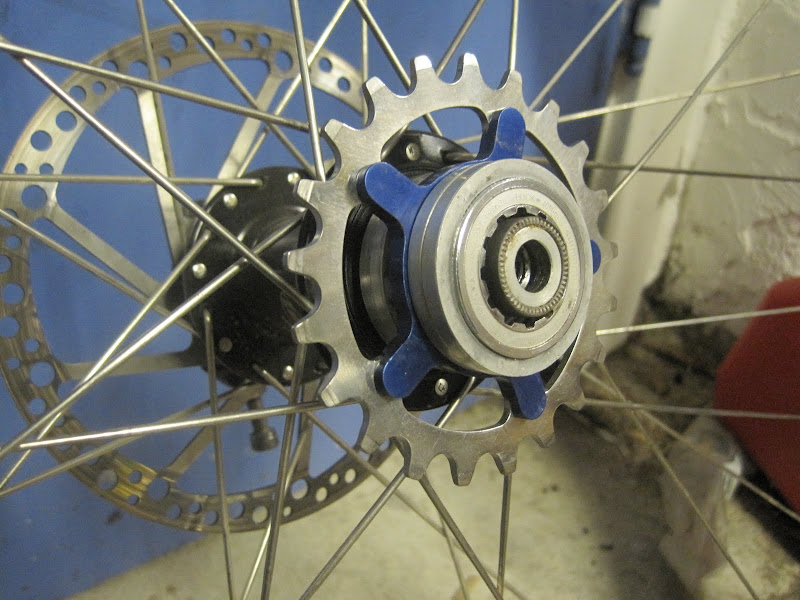 Wups... forgot to tighten the jam nut on the tugger. 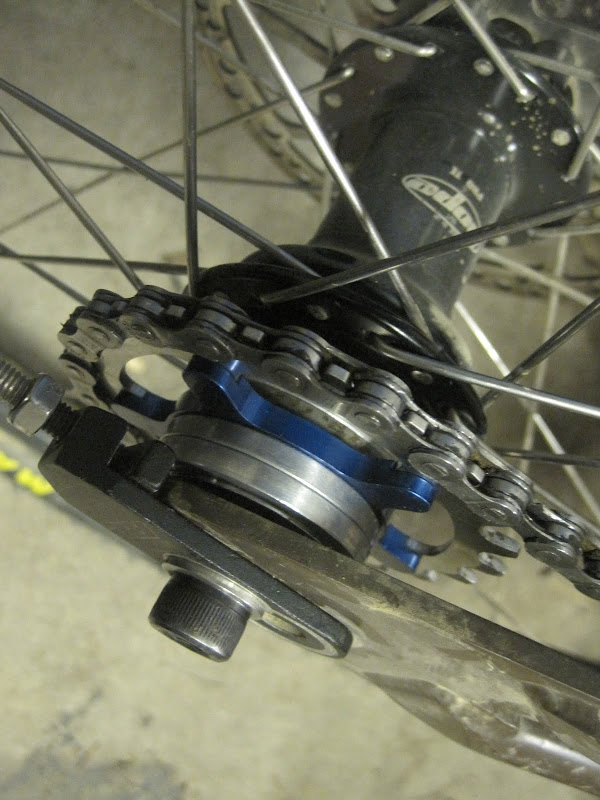 Next step: get a proper SS chain. This was an old beater XTR chain I used while trying out different ratios.

Impressions so far... so far its nice! Nice and light. My only complaint is that the blue ano finish was a little uneven, and there were like smudges permanently in the alu spider... almost like dried blood stains. :shocked: but of course they aren't. It wouldn't come off with Dawn and a dish brush (don't tell the wife!).

Got a Jericho ring up front on XTR 180mm cranks too! Am I sexy yet? :thumbsup: 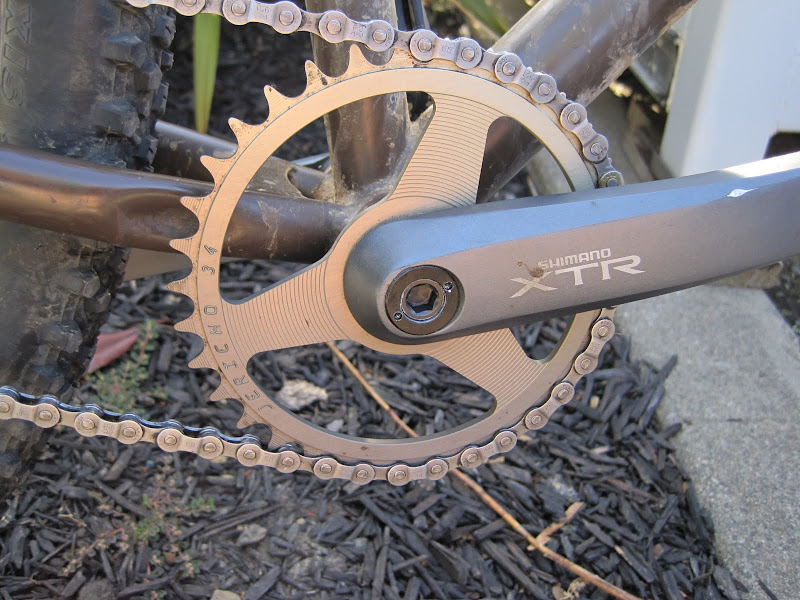 I haven't actually applied any torque to it yet. My older kid is in the hospital, and wife and I are taking turns keeping him company and watching the younger kid when not in the H, thus no riding for a weekend or two.

Looks beefy as heck IRL, tho. The spider is chubby, and the stainless cog is super thick. I only wonder about how the cog is attached to the spider. Also, the cog is not mounted in the centerline of the spider, so that may be a source of flex, but I doubt it will be a real issue. Looks like the spider was CNCed with pins, and the pins were mushroom pressed over the stainless steel cog. Looks well done and well finished (as in, doesn't look like it has hammer marks or anything lame like that).

I'll let you all know once I actually ride the thing.

As a temporary measure, I was using a single cog from a cheap cassette for the last few weeks until I figured out gearing that would work for me with the 34t Jericho SufferRing. Shifty teeth don't hold the chain well, and being stamped form sheet steel meant it was flexy. It dropped my chain a couple times. I would be very surprised if that was an issue with this cog.
T