Hunting season(s) - when to get out of the PA woods with my bike?

Any good rules of thumb for when to get our of the PA woods with my bike? Hunting seems prevalent in any wooded area unless it's posted as NO HUNTING, and I don't see those postings at any of the places I ride. Though I ride with a high-vis shirt at all times, I would think there comes a point where I shouldn't be out there for fear of catching a flying arrow or bullet.

· Registered
Joined Sep 1, 2009
·
1,128 Posts
It depends on where you ride but I would stay out of the woods opening weekend of deer rifle season and the second weekend as well. Unless you're riding somewhere hunting isn't allowed.

Any other season is generally safe and really not that busy most places.

I mostly ride in state forest where hunting is permitted and I'm respectful of hunters because they're a legitimate land user just like me, and I never really have issues.

· Registered
Joined Aug 29, 2013
·
450 Posts
I thought in PA you could hunt anything, anywhere, at any time? Haha just kidding. But seriously anytime I see hunters in the field I'm glad to see it, and I would not let hunting season make me change my riding schedule or locations. I'm in AZ though so it may be somewhat different. I only occasionally see some bow hunters when I'm out on the trail. I think most trails I ride are probably not open to the general rifle season. I did come across a bow hunter with a fresh buck kill right next to one of my frequently ridden trails this past winter.
Z

· Registered
Joined Jan 28, 2019
·
55 Posts
First off find out what Wildlife Management Section you will be riding in. Sundays (except for 4) are not open to hunting. During rifle season I usually ride Sundays only AND wear a blaze orange hoodie. BE VISIBLE! Don't forget right before the start of deer rifle season is bear season. (Thanksgiving week). 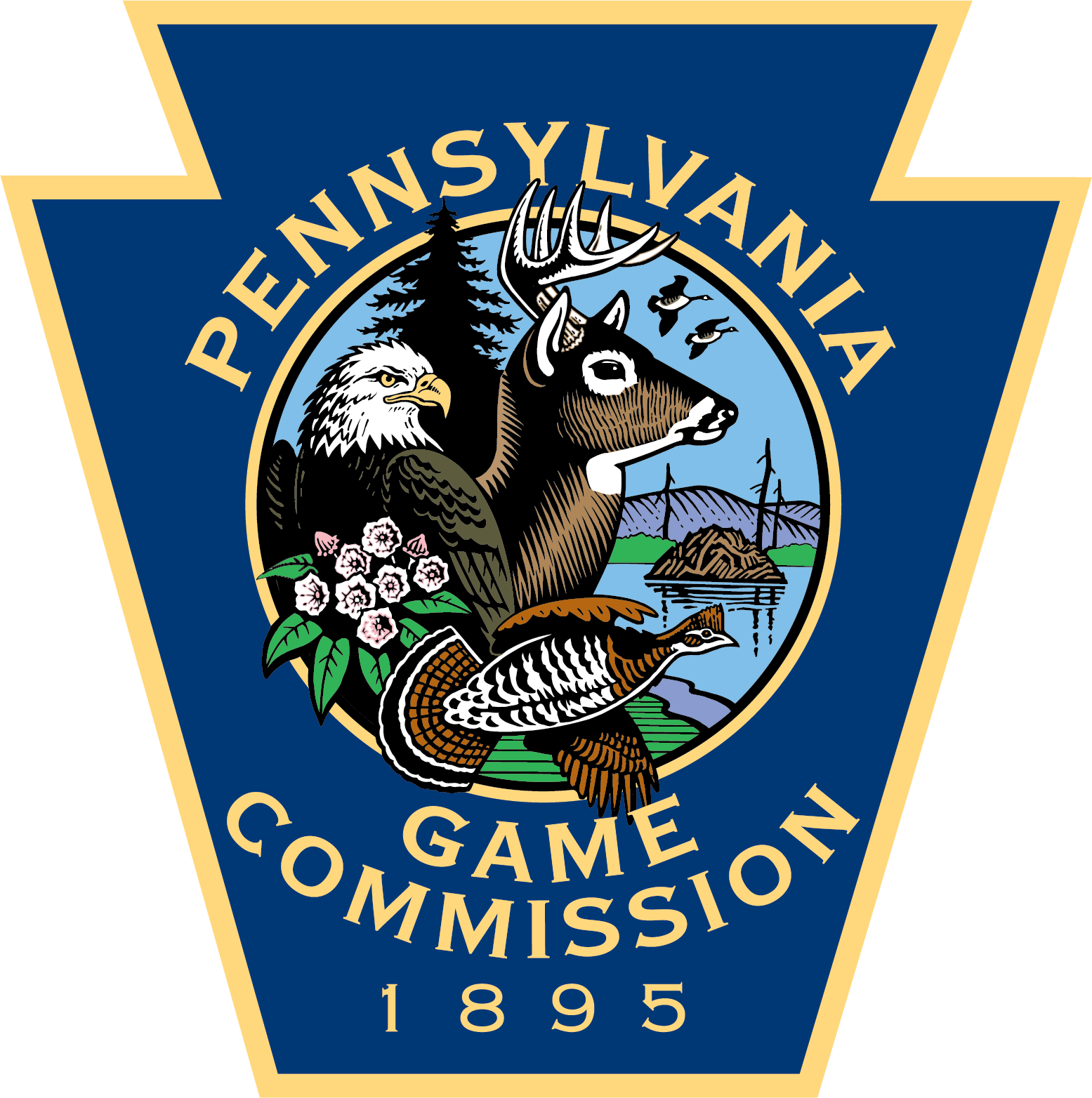 · Registered
Joined Feb 26, 2021
·
201 Posts
Unfortunately, two of your PA hunters came out here to CO and shot somebody to death due to failure to ID the target last week. So PA hunters are not just a threat in PA. Ironically, the guy they killed in CO was from Houston. Arrest affidavit: Hunter in southwest Colorado mistook another hunter for an animal when he fatally shot him
B

· Registered
'18 Fatboy, '20 Epic HT, '21 Stumpjumper, '21 Stumpjumper Evo
Joined Oct 22, 2020
·
117 Posts
I’m an avid mtb’er and avid hunter from PA. There is a lot to take into consideration on this question and you should think through your particular situation before riding or not riding.

State game lands are closed to non-hunting activities during hunting season and this can be enforced by law. Beyond the law, it is really douchy to engage in anything that disturbs another’s activity in an area that is specifically owned and operated for that activity. Game lands are purchased and maintained 100% by the funds from hunting license sales, no general funds are used for them, as opposed to state forest lands that are funded by tax payers. Compare the idea of atv’s on a mountain biking only trail.

The danger of taking a stray (read accidental) projectile is real and increased by the number of projectile launchers in a given area and by the forest conditions. Deer, bear and especially fall turkey seasons are the most used by hunters. Turkey season is especially dangerous because folks not hunting don’t think much about it and the projectiles the turkey hunters use are generally smaller and fly much faster, meaning they can and do deflect off of things more commonly. Leaves on the trees block visibility and increase the chances that an individual using a projectile launcher will not see something behind where they intend their projectile to stop. It is also important to understand that projectiles usually don’t stop in their target, but exit the target and carry on in some direction with enough force to be lethal for varying distances. Often times the direction is unknown. Projectiles also can and do hit unintended objects before they hit their intended target and go into unknown directions. A small sapling/twig can change the impact significantly and very dangerously. It is known that single projectiles (bullets)can and do go as far as 3 miles before stopping if they do not hit something to stop them. A bullet going through flesh is slowed down relatively little in the grand scheme of things.

Posted property DOES NOT mean there aren’t hunters present. It means that the property isn’t open to the public to hunt without permission. No hunting signs mean the same. I’m actually not aware of any posted property that doesn’t get hunted by someone at some time. Many people post their land for their own private use or use of friends and family or lease it to hunters to use for themselves.

Many non-hunters do not think about this next one, but it is important. Just because you don’t think you are disturbing animals or hunters, doesn’t mean you aren’t. Hunting is much more than killing (killing is actually the worst part for me and many others). It is about the experience in the outdoors. Being in a natural area and undisturbed by anyone or anything…including other hunters. Even if you don’t disturb an animal for a hunter, just seeing or worse, hearing you will likely ruin the hunt. Animals are very sensitive to noise and avoid it because they know it is likely dangerous. Hunters will take hours to quietly move into an area without making a sound through very loud and crunchy leaves that is only a short distance so they don’t disturb the animals they are hunting to get a once in a lifetime chance to bring that animal home to eat. Then somebody like me comes down the trail on a bike making all kinds of noise with my tires through the leaves and literally chases every deer, bear or turkey for a mile out of the area…very frustrating. I won’t get into scents and the effort to keep my scent from alerting the animals as I am hunting, but I certainly don’t make that effort as a biker. This is all really important to understand before my next point.

There are A-holes and idiots that participate in all activities, including hunting. Keep this in mind for the following thoughts. 1. Unfortunately not every hunter is ethical and verifies that it is safe to launch a projectile into any particular direction. 2. Not every hunter understands the need to. I suspect many young children are in the woods and were never taught this and many “adults” start hunting and never learned this from the YouTube videos or Instagram posts they “learned” from. 3. We now have this stupid mentored youth hunting program in the state ( usually with separate seasons) and there is no lower age limit or required training to participate…all you have to do is be in the woods with a licensed hunter, who may or may not be ethical, educated, responsible or an A-hole or idiot. I generally avoid areas when this activity is happening for my own safety. To the A-hole part…in our current society and the increasing entitlement everyone seems to have, intentional projectile launching at other people happens (read murder), because their hunting was ruined by someone. This attitude of entitlement doesn’t seem to allow these individuals to understand multiuser land and that we should all be allowed to use the land with respect to the land and other users. I don’t hunt in areas that have known high use by other users because 1, it increases the odds that I accidentally hurt someone and 2, the high use from others means that the animals I am hunting won’t be there because of the other users and 3, why take any chance I will see or hear anyone because I should expect others to be there having their desired experience. Others don’t share this mentality and do hunt these areas, seemingly more so every year based on my own encounters with hunters while I’m out walking my dog or riding or whatever.

In the end, only you can decide and I hope this was helpful to make your decision.

If you do go, please, please, please wear blaze orange. Other colors aren’t really effective to be seen in the woods for hunters. We’re taught to look for orange in the woods, not other colors. Most other colors actually blend in to the background from a small distance and with all the stupid Mylar balloons out there, weird and out of place colors don’t mean another person any more and not every hunter is careful and checks twice or more before launching a projectile.
B

· Registered
Joined Oct 18, 2019
·
53 Posts
These multi-use roads or trails are open to bicycling and horseback riding at certain times of the year, and under certain restrictions. Riding activities are not permitted (except on Sundays or on roads open to public travel) from the last Saturday in September thru the third Saturday in January, and before 1 p.m. from the second Saturday in April thru the last Saturday in May.

Here is the link to the state game webpage, just scroll down.

The Game Commission owns and manages nearly 1.5 million acres of state game lands throughout the Commonwealth.

cvbrewer said:
Most dangerous would be shotgun/rifle deer season followed by muzzleloader deer season.
Small game and archery seasons would be pretty safe.
Click to expand...

While I previously would have agreed, the person killed at Nockamixon State Park last year wasn't even during deer season. Scary how irresponsible the shooter was. Bright colors from now on for me.

2sharp7 said:
I thought in PA you could hunt anything, anywhere, at any time? Haha just kidding.
Click to expand...

Not too far off, even Spring isn't clear with Spring Gobbler season.