Joined Feb 8, 2008
·
2,980 Posts
Yesterday, I spent a few hours online checking out some ideas for an epic ride out of my friend's house here in Del Mar. I found several sources for connecting a few of the preserves out here, although none really had a GPX file of the route that I could load into Topofusion and later on the GPS.

I set out this morning to try out the route I find. Two dams, two huge reservoirs are a huge part of this route, as is the Del Dios Highway (hence the name). As typical with any solo ride, you gotta find things to use in your pictures. 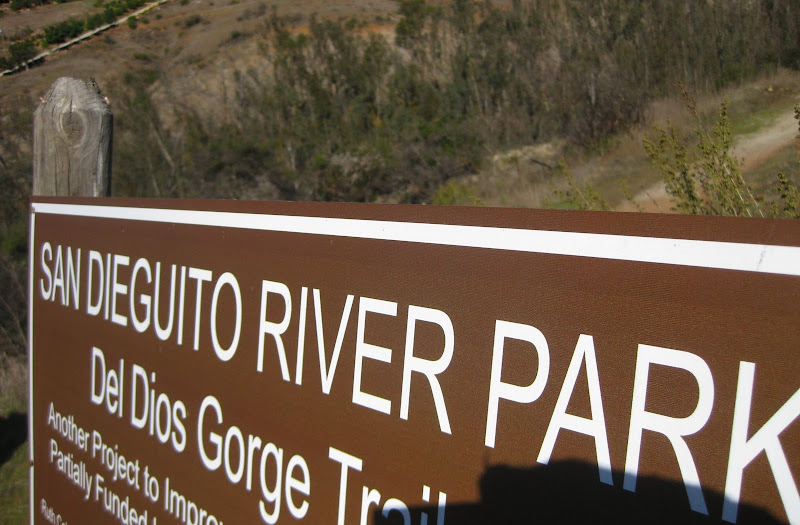 Newly built trail, just below Lake Hodges greeted me as I continued over to Bernardo Mountain. 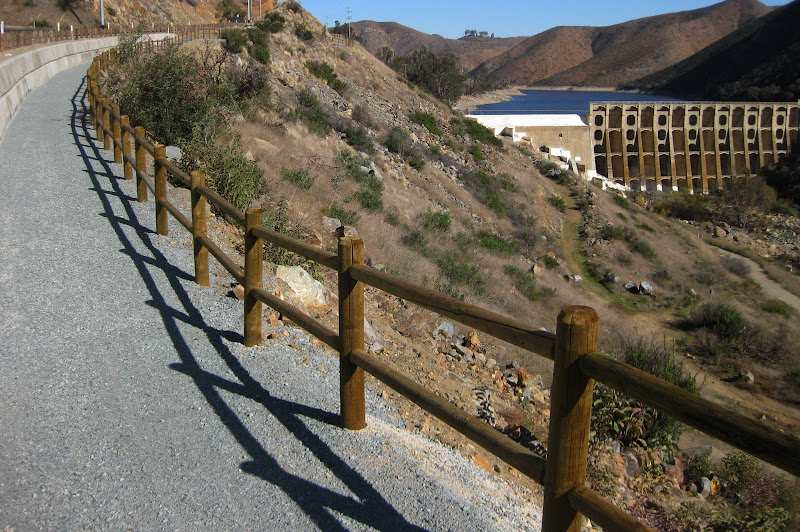 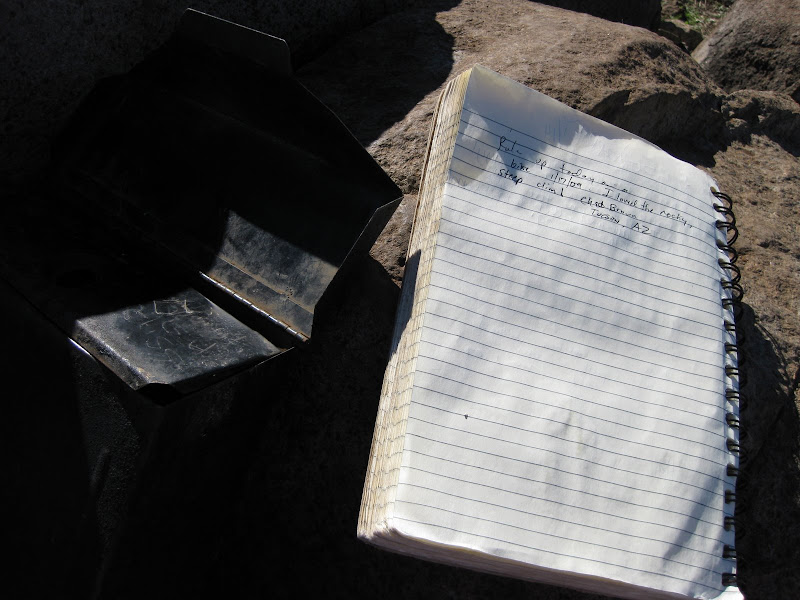 If you look behind the rock cairn in the picture below, you can see the Lake Hodges Overlook on the mountain in the foreground. It is the next stop on the route. 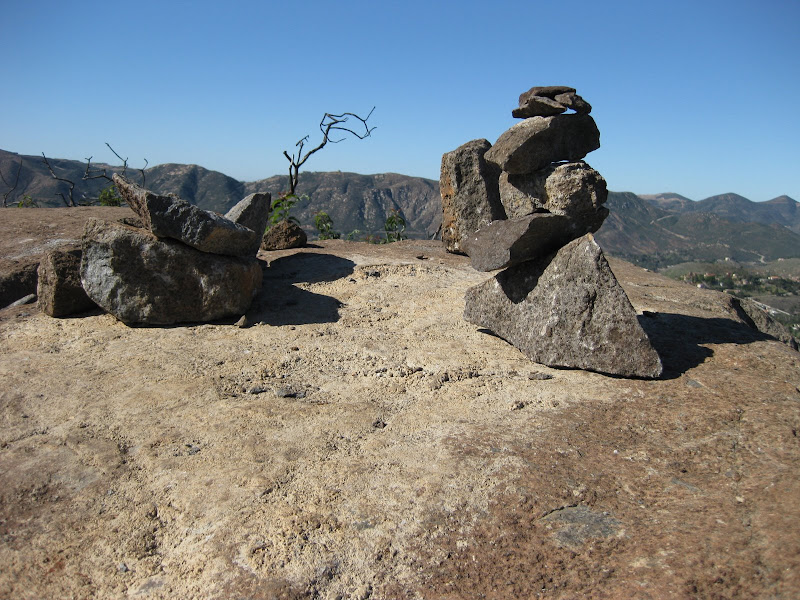 Another good shot of the route. If you look in the foreground, you can see a the tallest mountain. That is the development called Cielos. 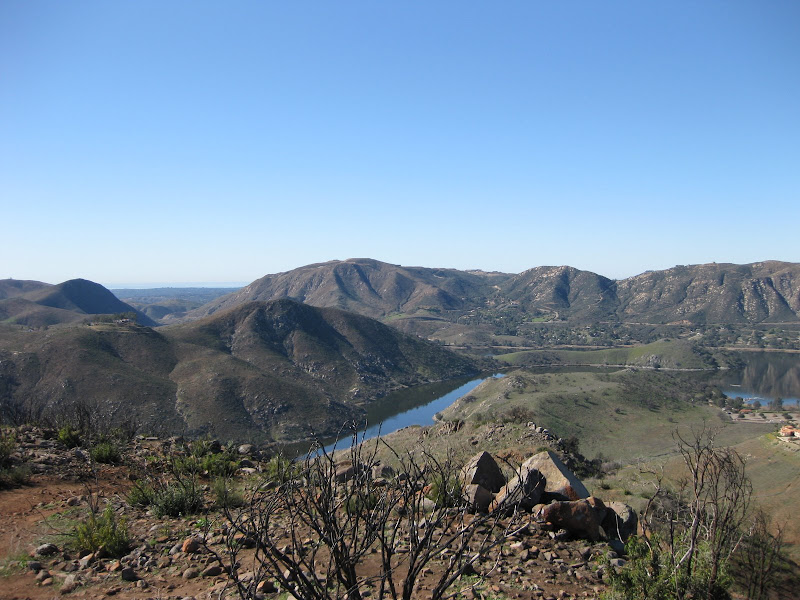 I took some of the same trail back around Lake Hodges. 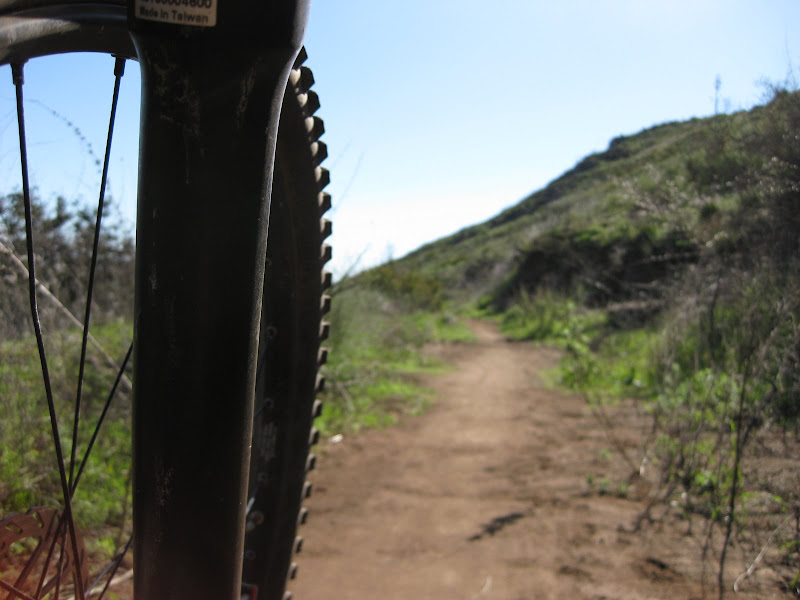 To get Cielos Estates, I rode up the super steep Mt Israel. Cielos States seems have a huge potentional, although the development is a ghost town now. Some 45 1-acre lots of weeds, an abandoned street sweeper, broken signs, etc add to the ghost town feeling. From the top, you can see the ocean and the Elfin Forest/Olivenhain Reservoir...

I took a fast lunch break, admired my new chain ring (Scott, you'll be happy to hear that the chain falling off problem has been fixed) 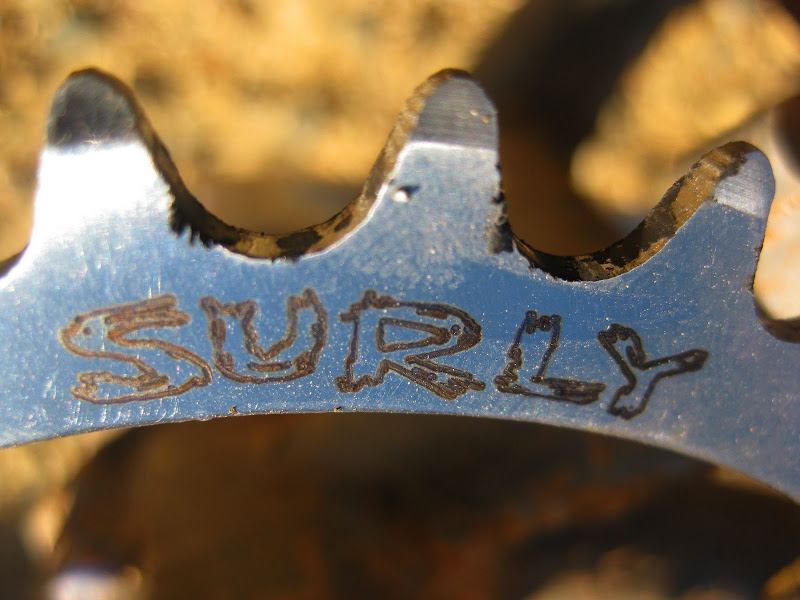 and headed down to the trail, Cielos that connects to the Elfin Forest. Descend about 400 feet only to ascend on the other side. 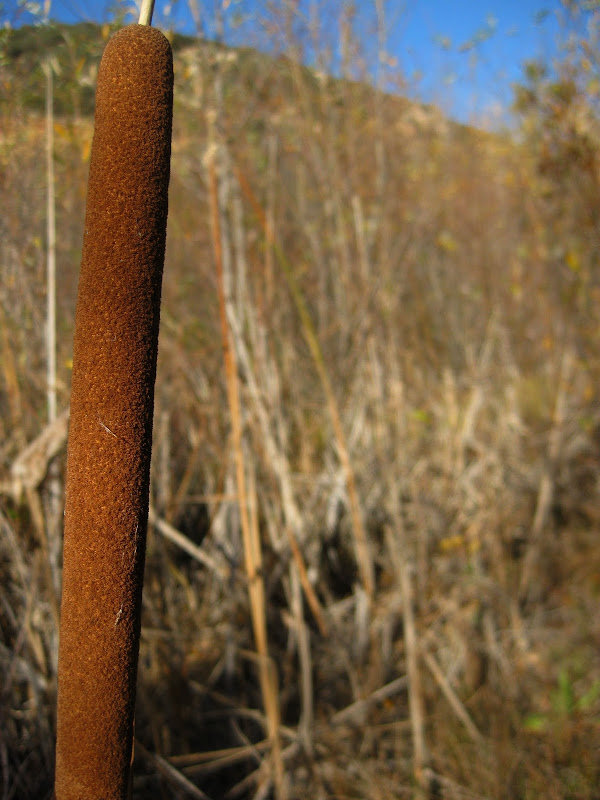 Pretty area below the dam on Cielos. 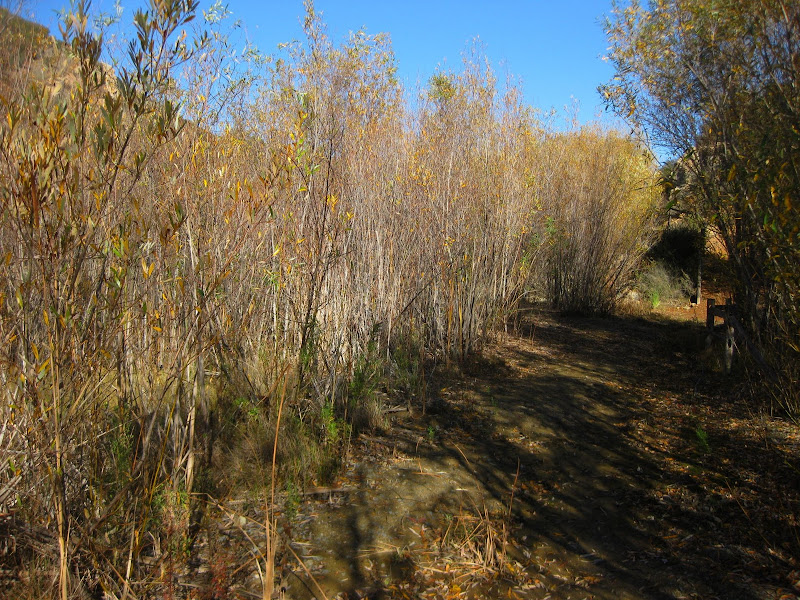 At the dam station, continue up Cielos (show below) and Manzanitas 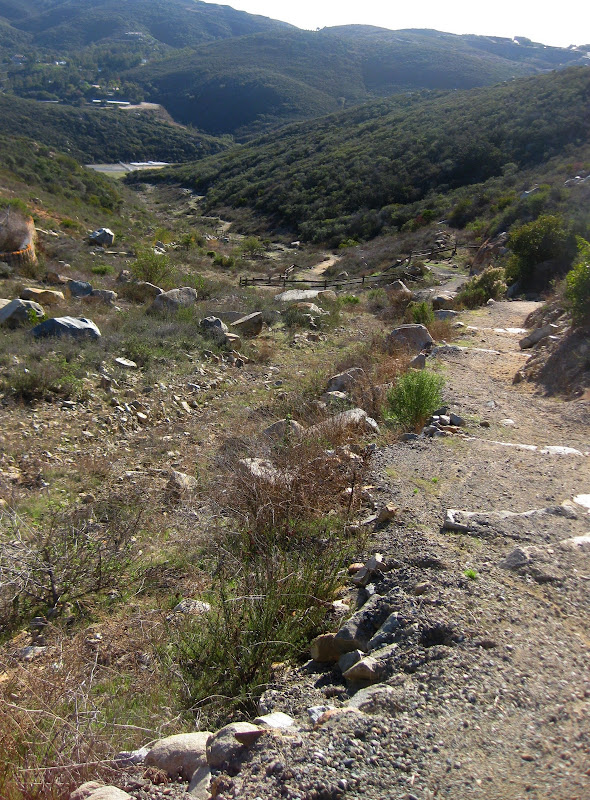 and over to the incline loop. I met a mountain biker that said good things about a loop at the top of the Lake Hodges Overlook. 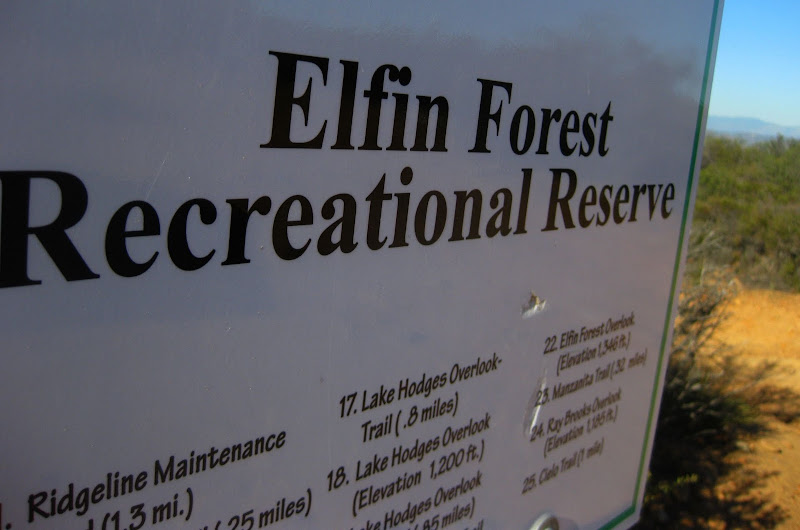 before topping out on the Lake Hodges Overlook, and a quick circle on the loop thereafter (after the ramada, forgot the name of the quick loop, shown below). Headed back down to Hodges via the Del Dios Preserve (a super steep road that drops you out near Elm Street on Del Dios Highway), returning on the same San Dieguito Path to the house again. 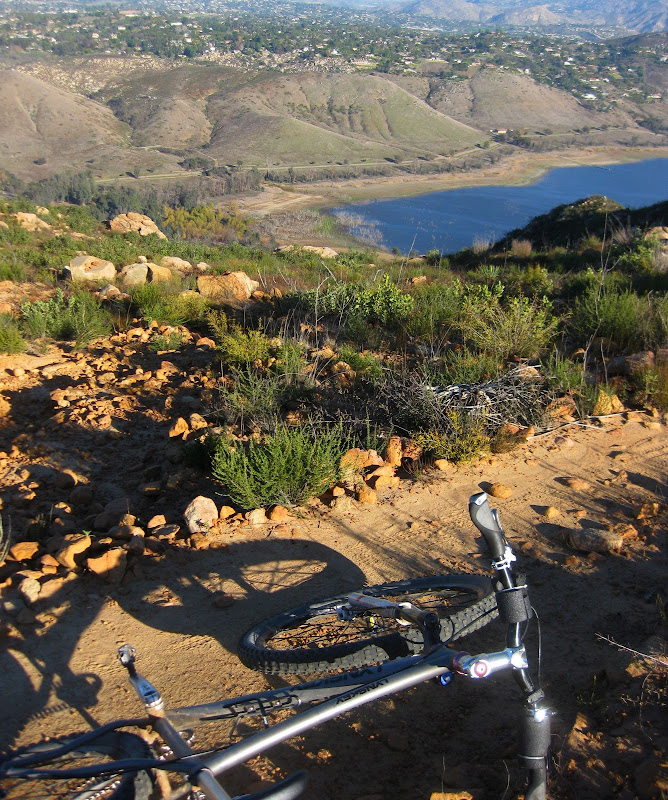 I have a GPX file of the route if anyone is interested to see it. Great day on the bike.

Nothing to see here

Joined Sep 15, 2005
·
6,660 Posts
That is a solid ride. Did you do Mule Hill at the end of Hodges on your way back? Probably could have added another 10 miles and 700' of climbing. You can also do the South Side of Hodges for another 10 miles. I ride both of these independently, but have not linked them in a long time. Looks like fun.

clutch_08 said:
wow nice what kind of camera you using
Click to expand...

Salespunk said:
That is a solid ride. Did you do Mule Hill at the end of Hodges on your way back? Probably could have added another 10 miles and 700' of climbing. You can also do the South Side of Hodges for another 10 miles. I ride both of these independently, but have not linked them in a long time. Looks like fun.
Click to expand...

No Mule Hill. Although the next day, I did manage to find a connector to Black Canyon Mountain via Lucardia Preserve (sp?). Good ride if you wanted to link in both rides, I'd think it would be a ~50 mile loop.

I would love the GPX file of this ride.

Also, I'm guessing you mean you found a connector to Black Mountain through Lusardi Canyon?

Also, I'm guessing you mean you found a connector to Black Mountain through Lusardi Canyon?
Click to expand...

I will post the GPX file online when I get to a computer with Topofusion.....

We left from the San Dieguito Trail 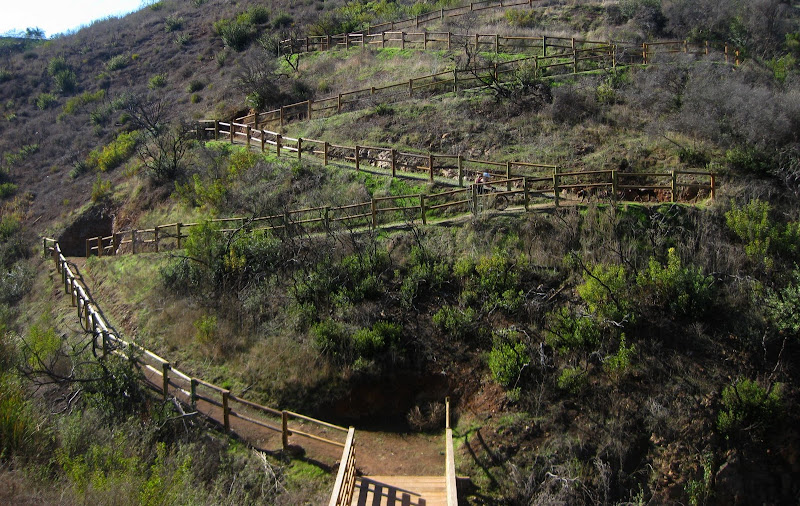 over to Lusardi Canyon. A pretty area with some quaint singletrack. Only later did I realize that there is a map online available here. 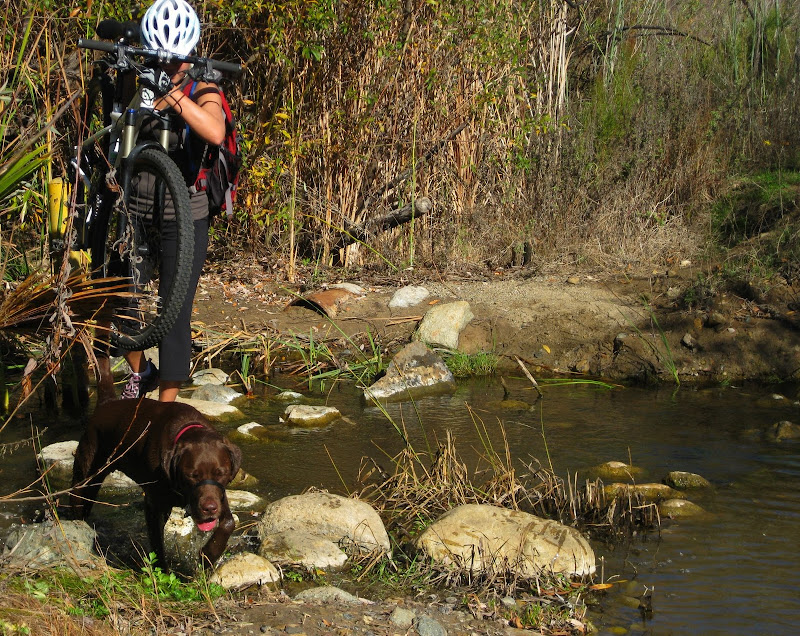 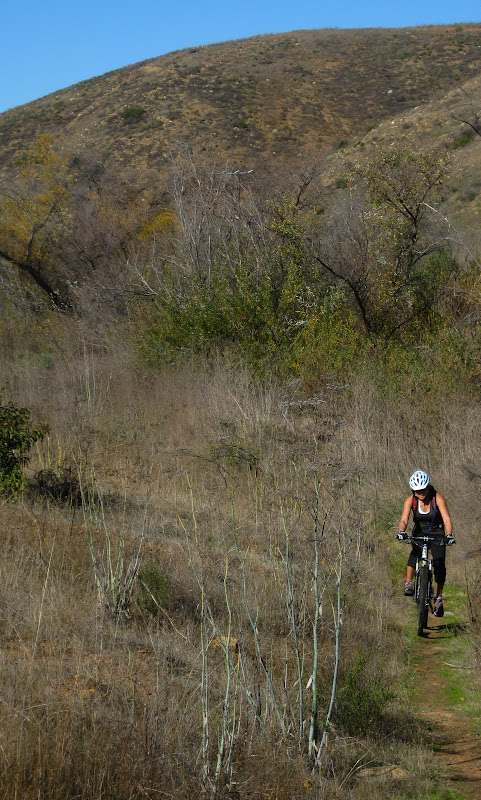 After exiting one of the trails, Kendall realized that we were at the Black Mountain Park. Mostly doubletrack in this area, although it was still pretty. 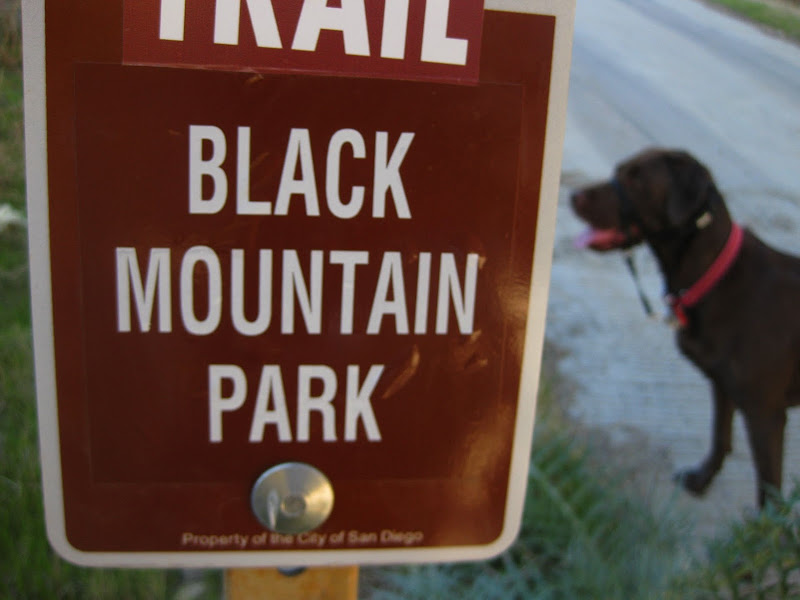 We doubled back on some water line roads that extended pretty far. 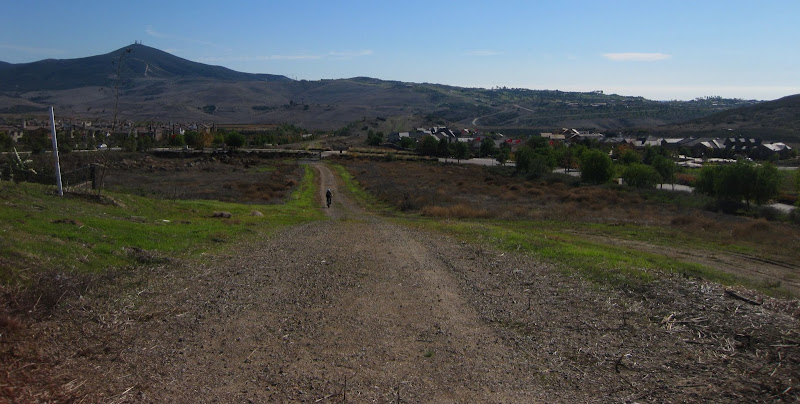 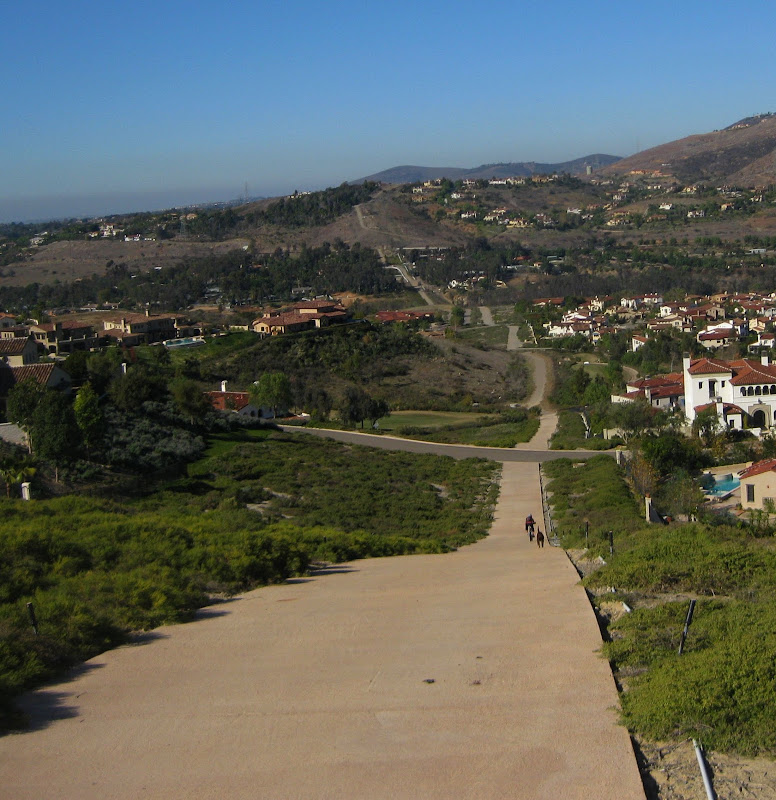 These small preserves and parks can be connected pretty easily with some creativity. Although the GPX file is not available on this site, this is where I originally got the idea.
Q

Joined Jan 10, 2008
·
80 Posts
Thanks for the additional info. I live in the area, and have ridden MTB Bill's Archipelago route, as well as one of my own.

I'd still be interested in your GPX if possible, because it seems that you rode some connector trails that I'm not familiar with.