More than likely you've got a story involving riding bikes and losing your lunch. Share it? No need to be uber graphic--just give us the general idea.

It was 3 nights into the ITI race and I'd been really sick from the start. Feverish, unable to eat, weak in the legs, too nauseous to get horizontal--you get the idea. But it's a once a year thing, so you just gotta suck it up and keep going, or wait a year to try again.

I'd departed Finger Lake just after sunset and thought I might be able to make it ~15 miles to a quiet little cabin before crashing for the night. The trail out of Finger is delightful in many ways, not least of which is a massive growth of enormous spruce trees through which it passes. In daylight these trees allow occasional views of the Alaska Range looming, but at night they get closer and bigger, and cliched though it sounds this stretch of forest seems somehow enchanted. Spooky even. Every trip through, starting back in '98, has a memorable story attached to it.

After the excitement of The Steps and attainment of The Hill, I'd rolled along on solid hardpack for another hour+. The trail dropped out of the thick spruce onto a little mountain lake and I thought I could see a very, very faint hint of green over the mountains beyond. So faint it might not have been green--might have just been a cloud hanging over the peaks. Guessing that a long exposure might bring out more of the aurora, I stopped and dug everything out--tripod, intervalometer, and the body with the 8mm lens bolted on. Long exposure night shots were brand new to me and it took awhile to get everything set just so: Camera level on a pitched-low tripod, manual focus at infinity, ISO 1600, RAW, WB @3200K, etc..., but then the intervalometer screen went dead because of the cold. So I set the camera to bulb, opened the shutter with my backup remote, and started counting in my head. I figured about 80-85 seconds would bring out any available color without getting too much star movement.

But it was fairly cold on the lake, and when it's like that you tend to pace (or run) up and down the trail to keep warm. While you're pacing at those temps you tend to count faster than normal. So the first two shots were underexposed until I realized what was happening.

By the time I figured that out I was shivering to the core, but knew I was onto an above average shot. So I tried again, deliberately standing as still as possible and counting out loud so that I'd know if I was going too fast. Shivering violently while sick like I was tends to have an effect--I started vomiting. Heavily. But I'm nothing if not OCD, so as I heaved and spewed from hands and knees I kept counting in my head, and when 90 seconds had elapsed I hit the remote button and stopped the exposure. I was using dark frame subtraction so it took another 90 seconds of in-camera processing (me head-down, heaving and spewing the while) before the LCD lit up, brightening the snow all around me.

Lifting my head and looking across my pile of spew at that teeny screen I saw this: 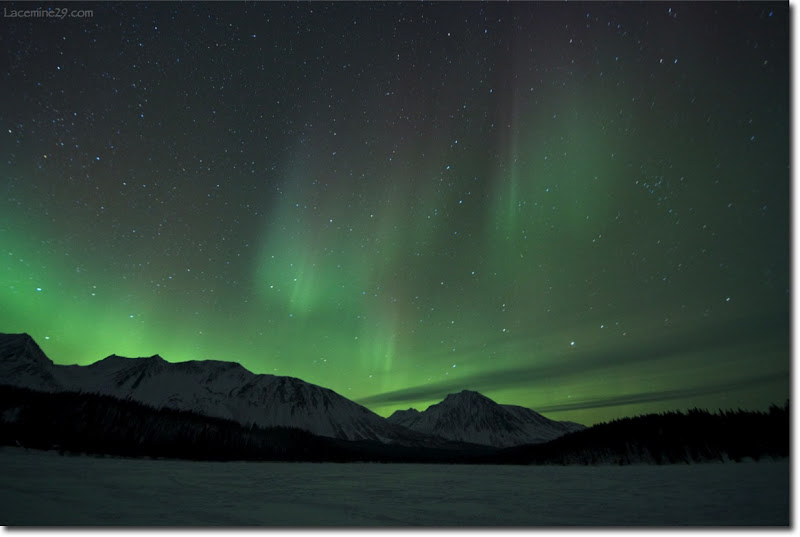 You may be my hero.

Joined Sep 17, 2005
·
198 Posts
I was on an Escape Adventures MTb trip (Bryce~Zion) and on one of the mornings I WAY over-indulged on their infamous Egg-McDufus breakfast sandwiches... That morning we also just happened to be planning to ride up to the top of Thunder Mt trail, and ride the goods coming down. All I can remember is when we all got to the top (we pedaled up) I had to peel off to make a quick stop for mother nature, if ya knows what I means...

Dad diagnosed with fatal brain cancer, some marital issues ultimately concluded with my wife & I seperating in 6/09 (she came back BTW), friend died of throat cancer, another friend diagnosed with throat cancer, + some MTB related injuries in 7/09 that kept me off the bike (my only source of sanity at the time) for more or less the whole summer. Developed some bad self-medication related habits during that year.

Went on a group ride/campout with a local bike club in September. While packing, it seemed like a great idea to bring along a nalgene bottle filled with tequila & lime juice to pass around while sitting at a campfire. Predictably, very few people joined in, but the bottle was finished off nonetheless. Wierd how crushing depression seems to result in some part of the brain convincing the remainder that "Saay, wouldn't a bunch of tequila be GREAT right now???"

Sooner or later, sitting amongst these folks who I was meeting for the first time, I came to the abrupt realization that "Oh crap, I'm WAAAY too messed up." Decided to go to the tent & crash.

Suffice to say, the front of the tent received some unplanned and unattractive decoration. Unfortunately, and despite my best efforts, more or less everyone heard the blessed event & walked over with a flashlight to view the carnage.

I managed to complete (more or less) the ride, but am known as "tequila boy" by that circle to this day.

Puke has kept me from biking, but no combined stories...sorry to say (not really)

Joined Mar 17, 2011
·
229 Posts
That's an unbelievable picture! And a great story along with it. Thankfully I've never had to upchuck during a ride but one of the guys in my riding crew does it fairly regularly. Apparently he can't figure out what to eat before rides, and/or the night before. To his credit he continues on afterward and the rest of us are sure to stay upwind during the event! I've suggested that he not eat the things that tend to lead to this condition but he won't hear of it because he claims to like those foods! Oh well, how can you argue with logic like that!

Joined Dec 23, 2003
·
32,921 Posts
Probably my most embarrassing moment on the bike - I was attending a "beginner" ride and the main group eventually left me completely behind. The ride sweeper was the only one still around, and I felt pressured by him. I pushed myself harder than I should have, and wound up yacking on the trail. He then escorted me partway to my car (and said, go that way and you'll get to your car) and then rejoined the group. I never rode with those people again.

Joined Oct 19, 2008
·
564 Posts
We used to have local races where a trail is picked and you ride it within the appointed dates and submit your time, then after the last day everyone gets together to see the times, talk smack, drink beer, etc...

This particular ride was a approx. 3.5 mile section of trail. 95% downhill, technical, but flowy.

After work, climbed up the trail, quick break, approaching dark, trying to get a good run in. About a little less than half-way down, rear pinch flat. Noooooo!! Frustrated! Fix it. Ride back to the top. Getting darker quickly now. No break this time. Turn around, drop the seat, higher gear, going as fast as i can for what ends up being just under 13 minutes.

i can see the trail's end! Finished! Friends are waiting. Drop bike, stop clock, hands to knees, horizontal spray puke fest....a lot. Spewing from my mouth and nose breathing so hard I was choking on it which only increased the gag reflex inspiring even more ditching. hell my eyes were watering so bad it seemed like they joined in expelling my insides.