Joined Aug 25, 2003
·
17,420 Posts
Heading to the alpine in June is usually an exercise in patience while postholing through snowdrifts. More often it means tucking tail and retreating when the melange of snowslushmud becomes too thick, too sloppy, too unenjoyable, too damaging.

Knowing that the winter past deposited quantities of snow beyond what we think of as "normal", and understanding that spring has likewise been wetter and cooler than expected, Jeny and I lubed the dusty chains on our fatbikes and headed up to ~11k. 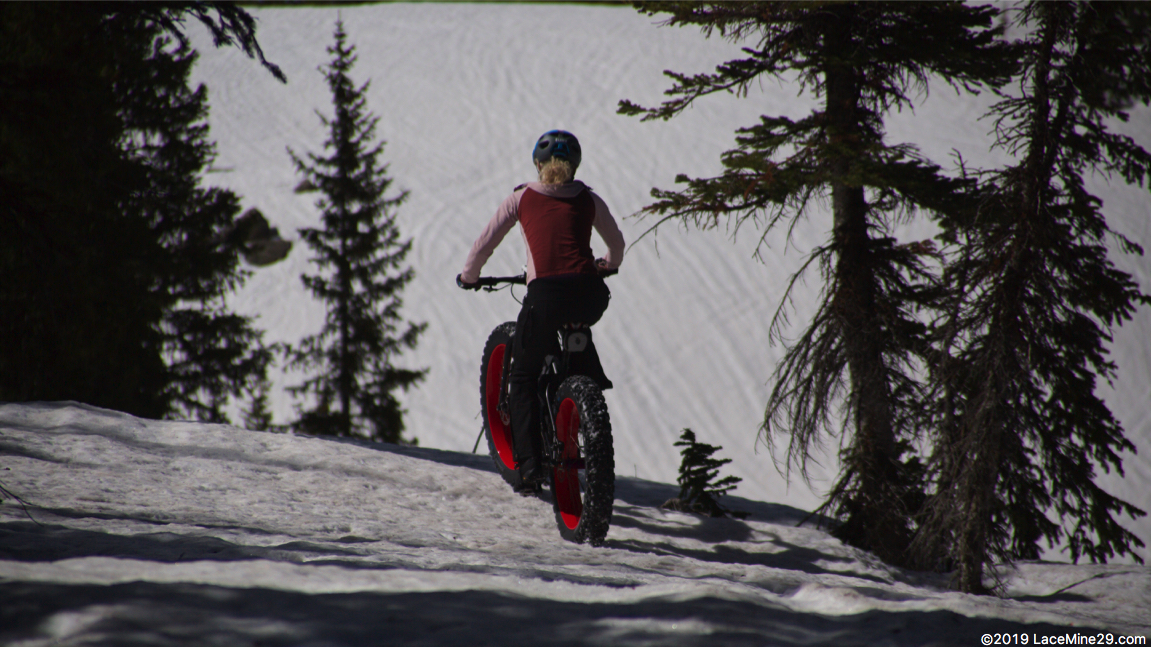 What we found shouldn't have surprised us. At 9k the ground was soft but trees had leafed out and the world felt green, fresh. At 10k there were few leaves and patchy snow interlaced with fallen limbs and frozen mud. Above 11k there were few hints of spring as snow 7' deep still covered everything. 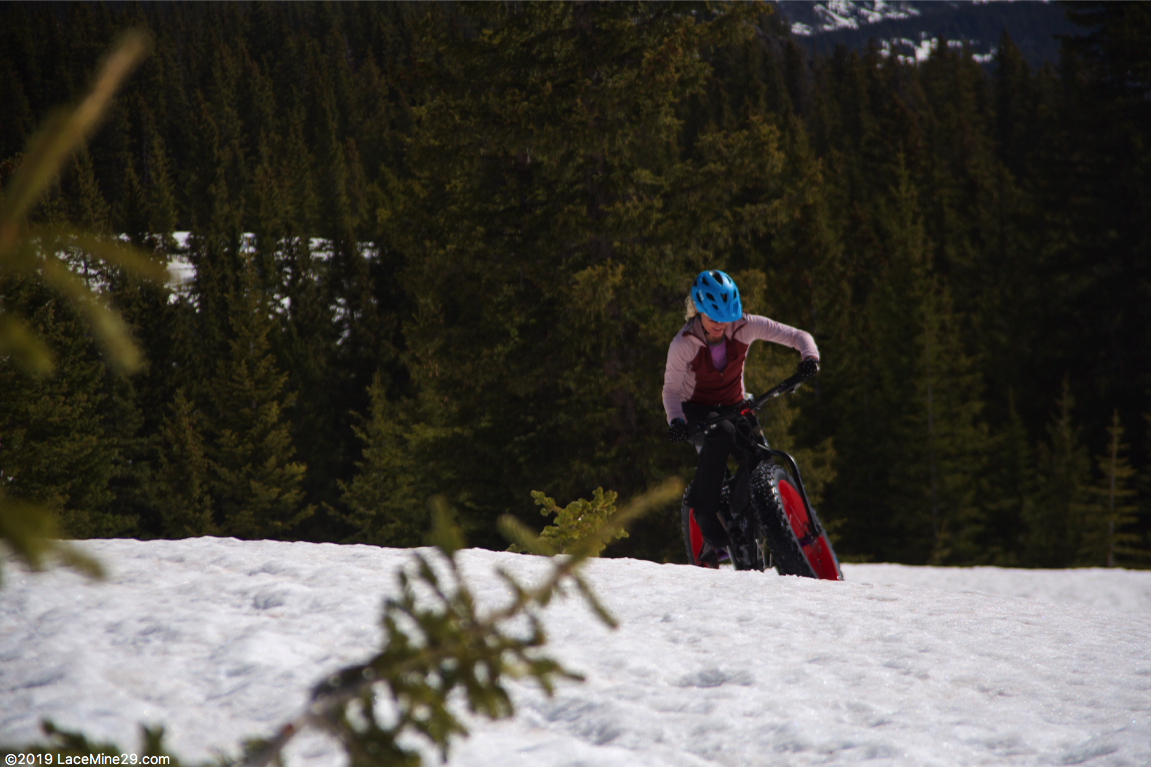 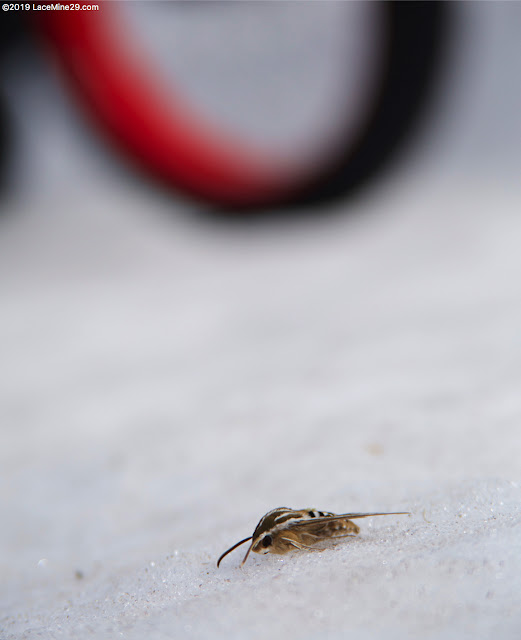 The only real hints of spring that I could readily see were this moth -- still alive yet frozen to the surface -- and riotous birdsong hitting us from every direction at once. 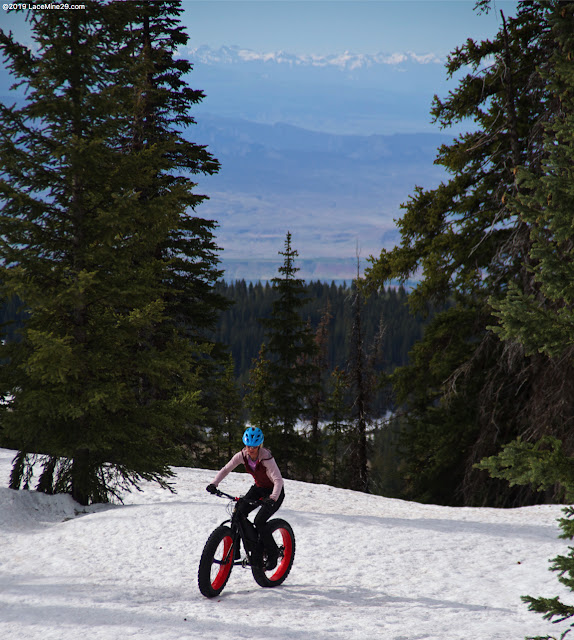 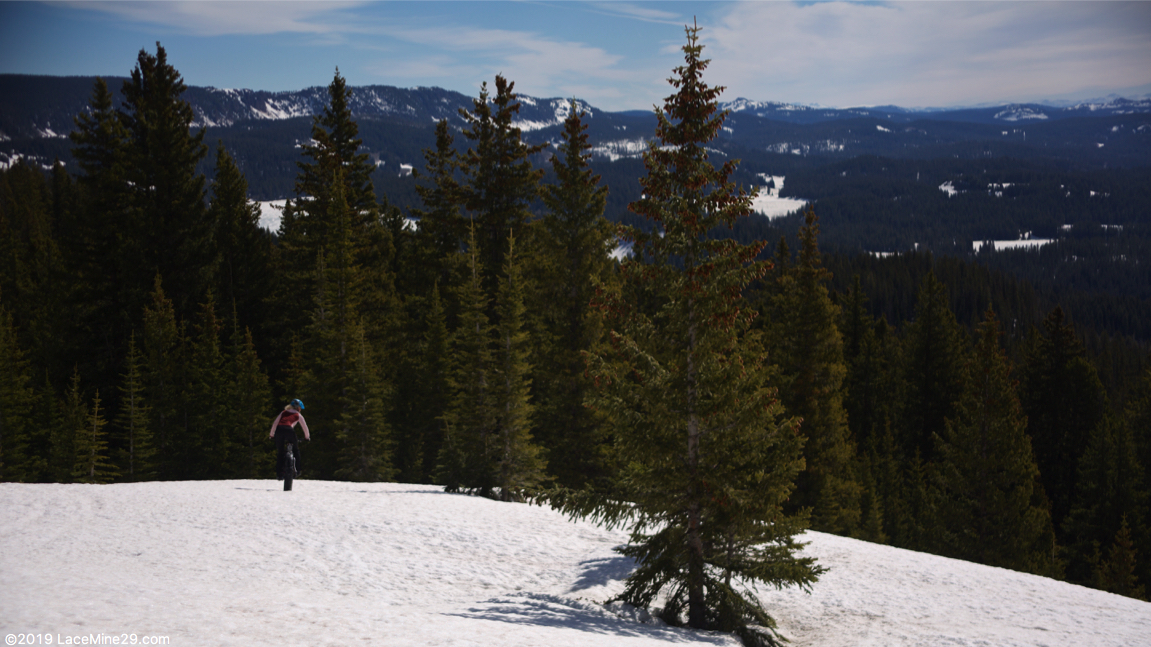 Normally we avoid the alpine at this time of year largely because the valley floors are still delightful with reasonable temps and overwhelming wildflower displays. This year has been different in ways large and small, with the result that the alpine crust remains eminently rideable far beyond its normal time frame. 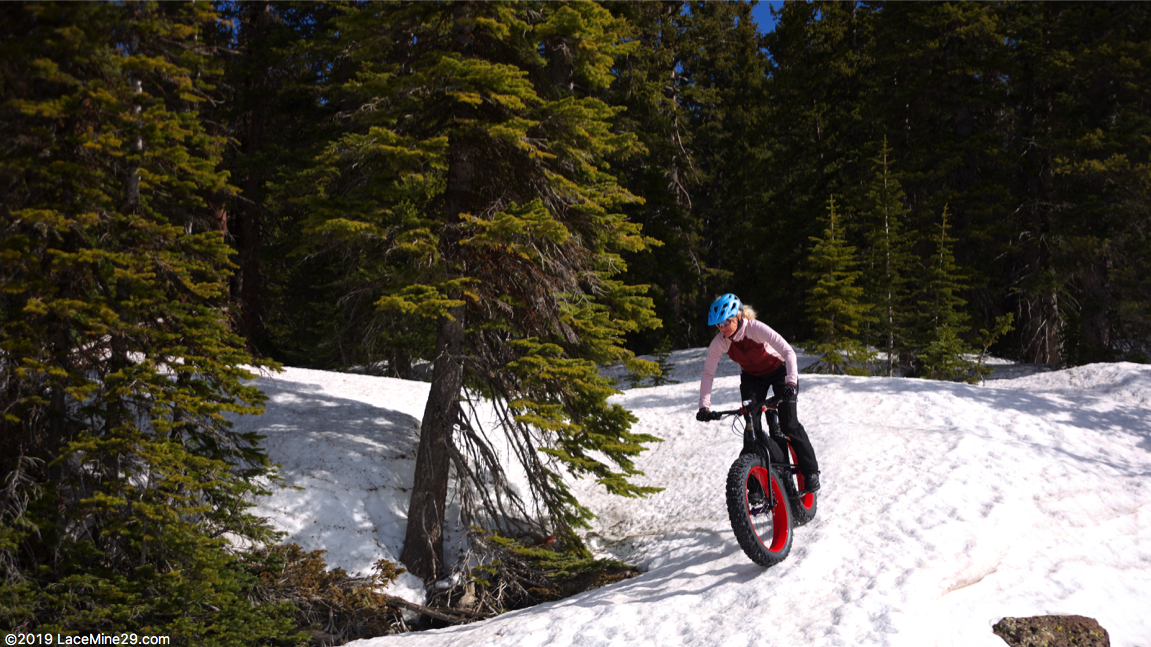 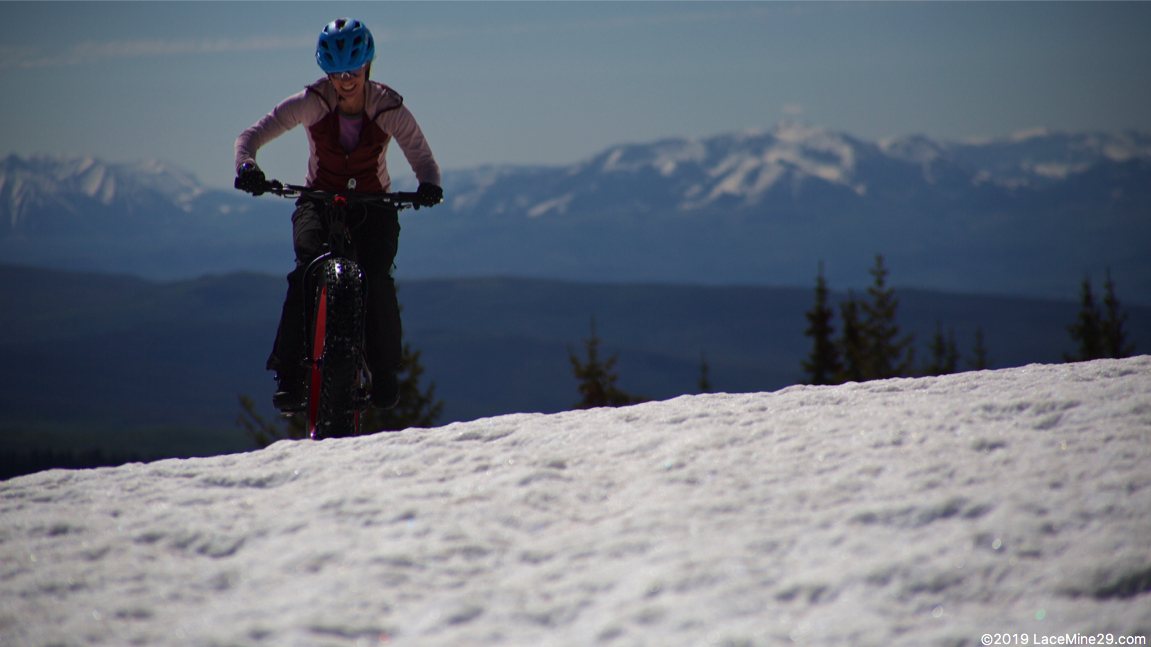 Early on the surface was frozen hard enough to ride pretty much any tire at any pressure, but within the span of ~3 hours it morphed into silky soft corn. Consciously and subconsciously you were tuned into the cardinal directions as eastern and southern aspects became loose and challenging while northern and western stayed firm. I found myself wanting to climb the latter, even aggressively sidehilling as needed, then to cross over and descend the edgeable, carvable former. 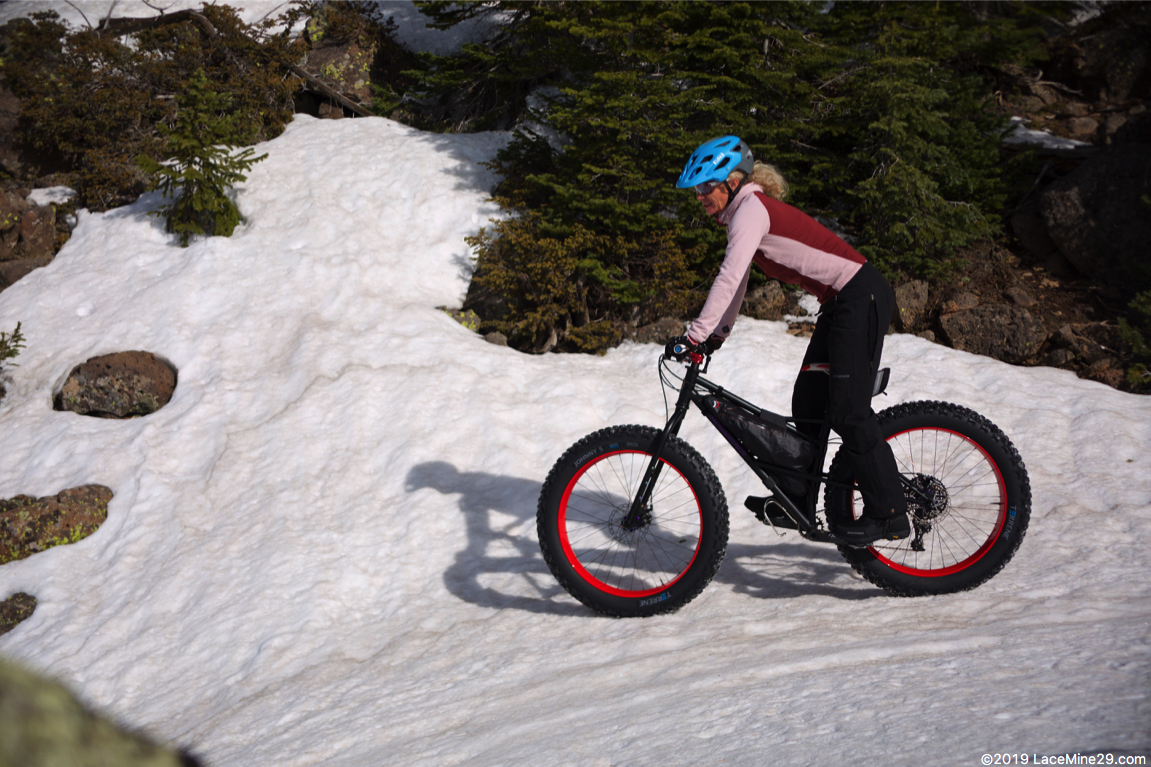 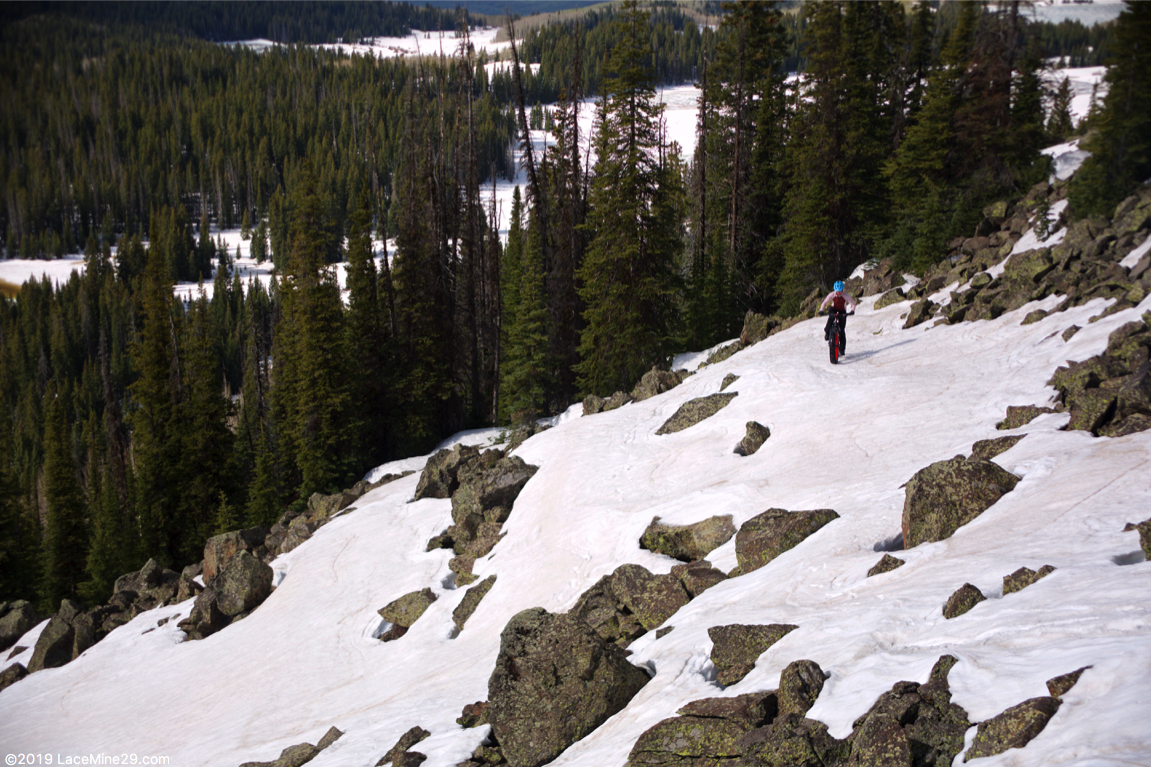 Beyond the first 5 minutes we never touched actual trail, opted instead to explore everywhere but: the places we see but cannot get to the rest of the winter. We quickly tuned in to milking the terrain for advantage -- not unlike riding a skatepark -- where pointing it straight up or straight down was a waste of energy and momentum. Pumping and carving contours gave the best bang for the buck, the most smiles per mile. 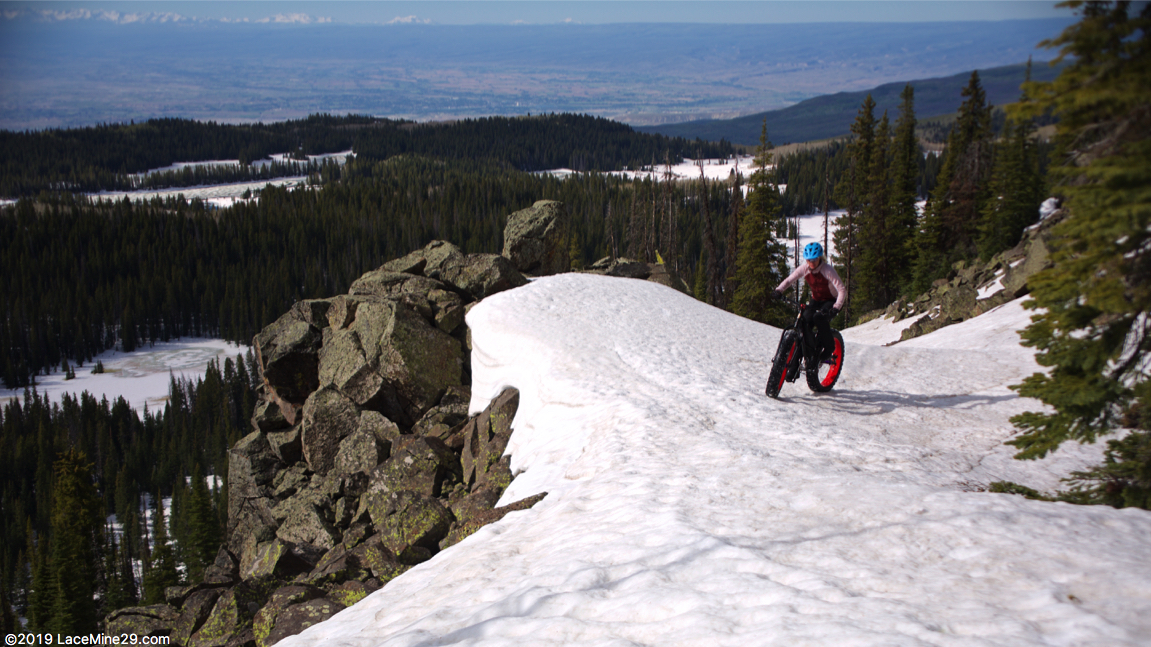 With so much rock already exposed and so much sun happening here this time of year, crust season may have been delayed but it is still as ephemeral as ever. Hope to get back up within the week to savor it at least one more time.

Thanks for checkin' in.

Joined Oct 4, 2004
·
857 Posts
Not many opportunities these days to choose your own path, through the woods or else where. Couple that with well timed riding on crust layered snow and you're guaranteed big grins.