A loop around the Cairngorm.

Joined Feb 18, 2004
·
2,611 Posts
It is time to get some proper miles in the legs. Weather and circumstance kissed opportunity and the bike and bags were made ready. Some new kit to check out with the promise of a good few river crossings and a cold night on the proposed route. 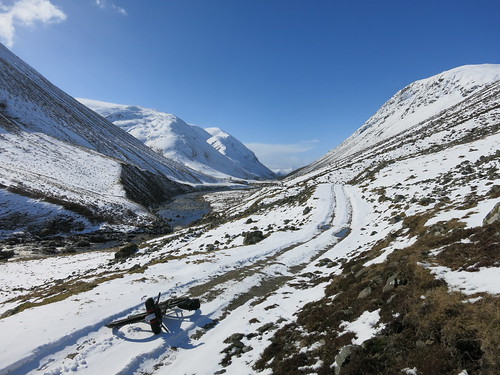 Leaving Blair Atholl, I rolled up Glen Tilt. Still early, but the sun was out and it was entirely pleasant. As I neared the north eastern end, it was clear that there was going to be a fair amount of low snow to navigate. 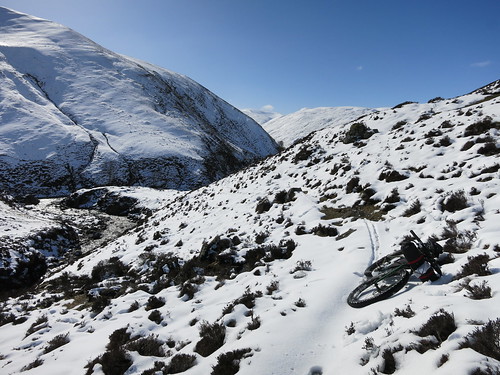 Sure enough, as I passed above the Allt Garbh Buidhe gingerly placed feet were a necessity whilst manoeuvring the bike along the vague impression of the trail left in the snow on the steep sided glen. After a few challenging route choices to avoid the often hidden, crusted over frigid waters, the trail dropped to the ruins of Bynack Lodge and it was here that the first major obstacle was to be found: fording the swollen Geldie Burn. 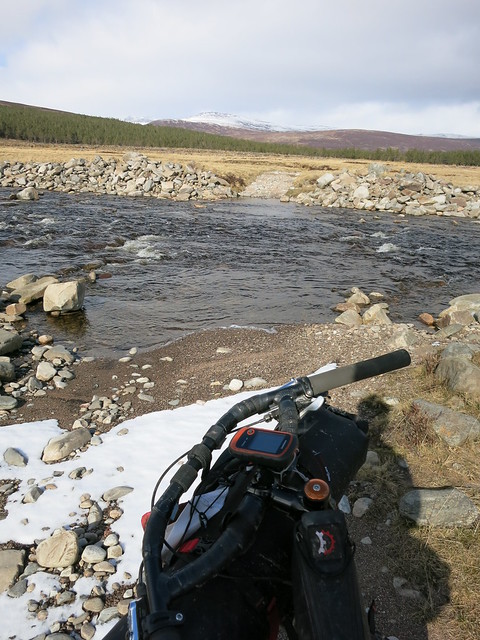 I have learned that I am a softie when it comes to going barefoot in rivers, so I removed my socks and insoles, rebuckled my shoes and plunged in. Thinking about it too much was just going to lead to stalling. The water was cold enough to take my breath away, but it was keeping my bike out of the mid thigh deep water that became the real test as I scrabbled for purchase on the slippery boulders in the river bed. Glad to have made it, I drained my shoes, rubbed life back into my toes and donned the shoes whilst munching on some much needed calories. Onwards. 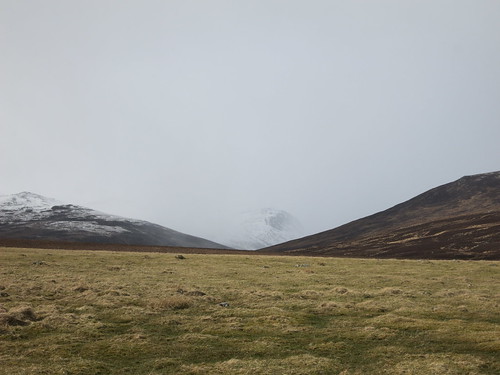 The Lairig Ghru was barely visible in the low cloud and precipitation: I was glad I had opted for a loop around rather than passage through. I passed Braemar and Mar Lodge after a brief flurry of snow reminded me spring didn't yet have a solid grip on this land. 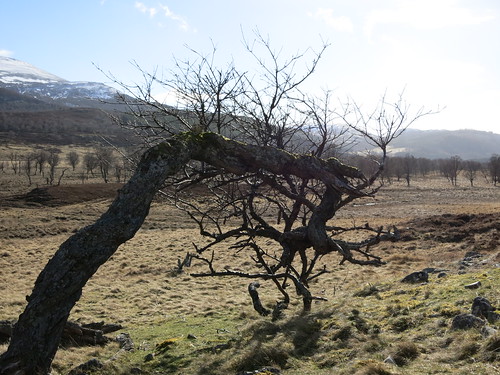 From here, I could drop into the gorgeous woodland of the Balmoral Estate. I had originally planned to take the trail up towards Lochnagar and then drop down to Loch Muick before heading out towards Aboyne and north, but given the amount of snow low down in Glen Tilt I decided to miss this part out and keep pedaling alongside the Dee. Before too long I passed the majesty of the castle itself and after pressing a curious button the gates opened to allow my exit. 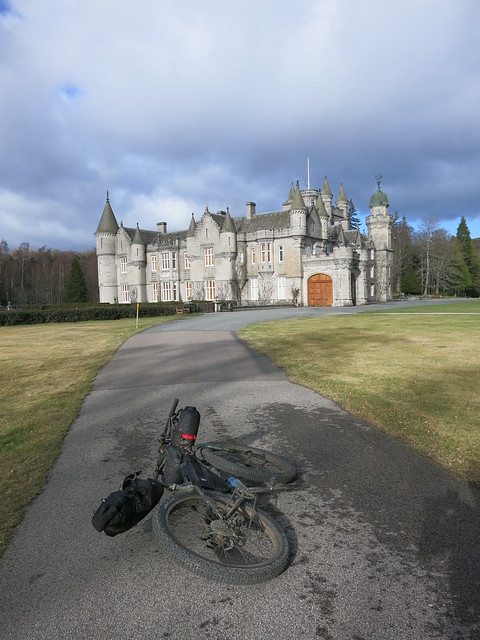 Steady as she goes. I could tell some of the warmth was beginning to drain from the sun, but I knew I had a few hours of light yet. The aim was to get as far round my proposed loop towards Tomintoul as I could before bedding down.

Candycraig, then Aboyne, follow the off road trail to Tarland, then up, up, up. 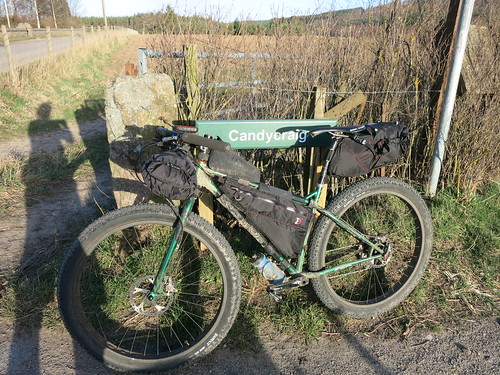 After an age of climbing, then following the River Don, and with the light fading fast, I made it to Cock Bridge and Corgarff Castle. Here, I ducked over towards Glen Avon. The temperature was plummeting and I was in no doubt that my energy was going. Twice I rode off trail. As soon as I found a likely looking grove of trees, I unrolled the bivi. Shivering became uncontrollable so it was straight into the sleeping bag once divested of my cycling shorts and my wool longs were in place. I didn't even crack open the can of Torpedo - or my hip flask. 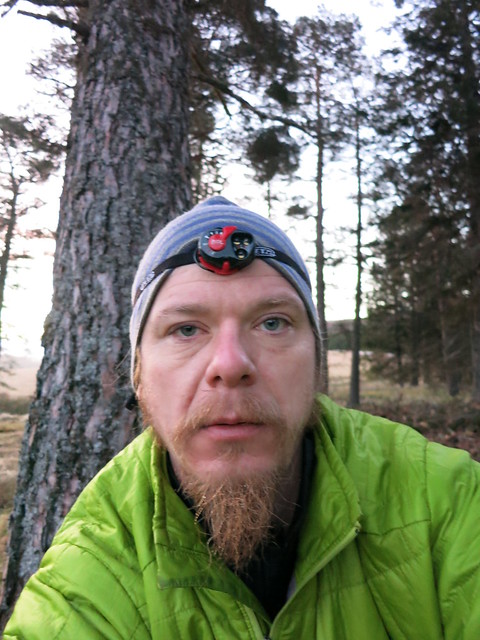 &#8230;and came on again at 5.30am after lazing around in my bag for an hour. Rapidly, I danced around to get blood back into my limbs, making coffee and packing the bike. 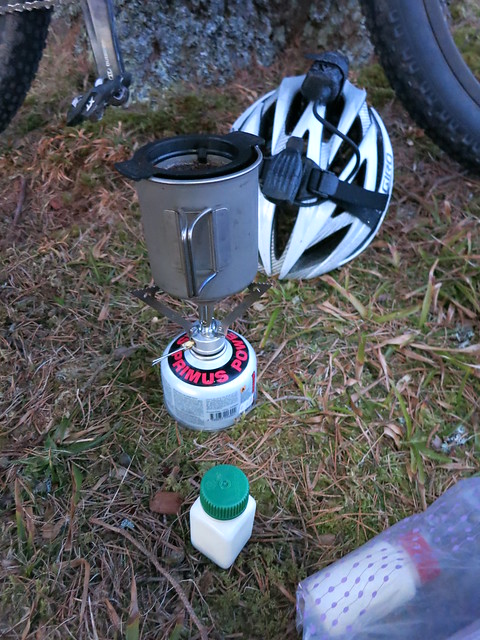 The moon was still visible in the clear, blue sky as I rolled out of the woods down towards the River Avon and day 2. 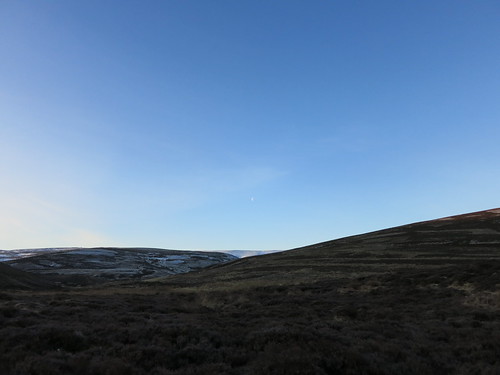 As the sun rose more fully, I could strip a layer and really appreciate the landscape. Beautiful. 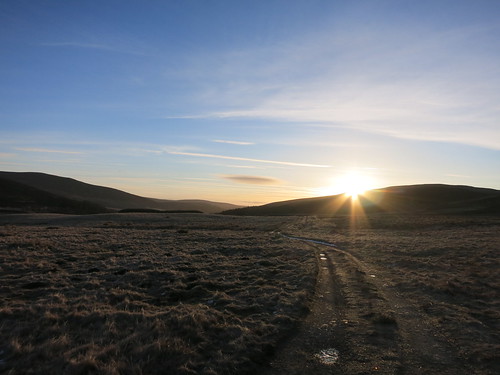 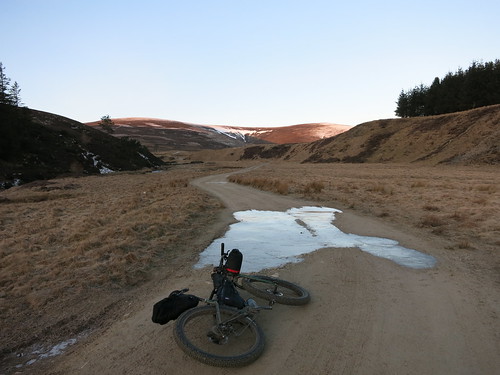 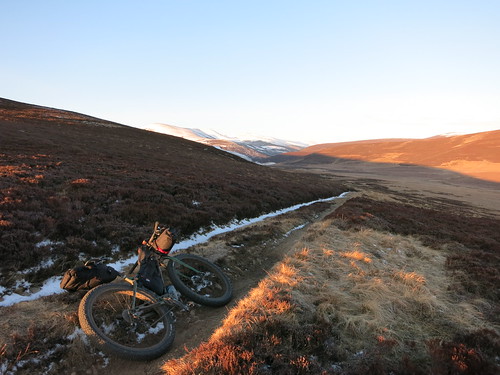 Unfortunately, as I dropped down towards the river, I dropped into shadow also. This meant it was colder. However, it did keep me honest and my speed up.

https://flic.kr/p/5
After Tomintoul, there was the usual hop-scotch down the Burn of Brown, before climbing up and over to Dorback Lodge. I knew the trail over to the Braes of Abernethy was vague, having failed to find it previously. But this time, I had a gps! 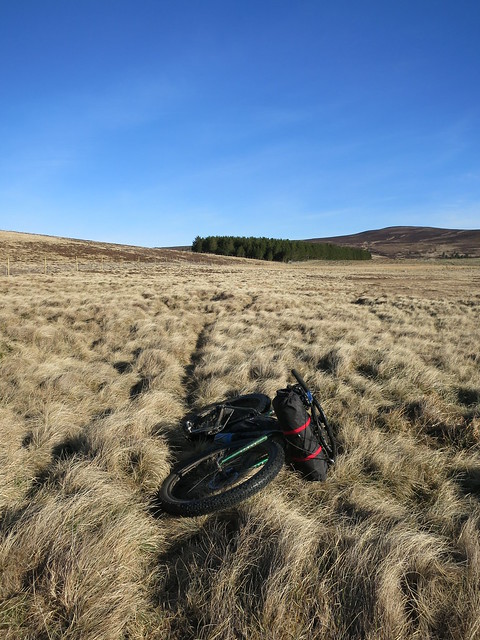 A bit of grumpy tussock bashing led to the Eag Mhòr and after a couple of fairly deep river crossings that left my toes numb for the next 2 days, I popped out near Aviemore.

The route I had originally decided to try was through the Gaick, but again, the low snow led me to believe it would be a nightmare, so I opted for the national cycle route 7 alongside the A9 back to Blair Atholl. Of course, this also meant I had to grit my teeth into a fairly fierce headwind for about 50 miles. Ouch.

Once home and defrosted, it was time to make some notes. 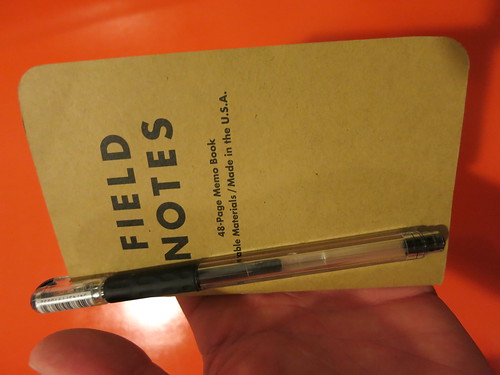 The VBL I used as a liner in the sleeping bag was interesting. I did get warm quickly, but I didn't particularly appreciate the soggy feeling in the morning. I need easier access to several small things whilst riding: I didn't use the front pocket on the Revelate designs sweetroll for the fist time, which made for less rattling around on rough ground, but if I couldn't reach something easily, I tended to ignore it. My life would have been made easier with easier access to certain bits of kit. The PHD sleeping bag is great, my riding kit was great, the GPS was worth it's weight in gold. As my friend chris pointed out, it did randomly jettison. Glad I made a wee elastic leash for it.

I easily carried enough food for 2 days riding and although I refilled with water, this is never an issue in Scotland. I don't know how much my kit weighed, I had very little on my back - thanks to the new revelate frame bag from Backcountry biking. Otherwise all my kit was as good as ever. My legs, however, were a little weak and I wouldn't have complained if my overall set up had been a wee bit lighter. Always picky.