50+ plus miles, 3 Passes and some old Flumes

Joined Jan 30, 2004
·
3,165 Posts
Yesterday I met up with Lubes and PBR Me! at 4:30am for approx 53 miles from Kenosha Pass to Breckenridge to Como. S.S. Spike and his crew were throwing down 85 miles adding an additional 35 miles I didn't think my legs were ready for.

We got a car dropped in Como and were on the Colorado Trail by 6:20 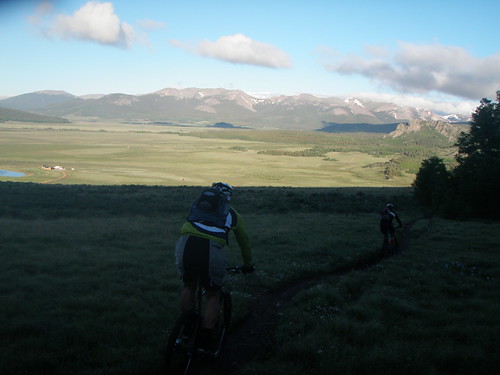 PBR being chased by the morning sun 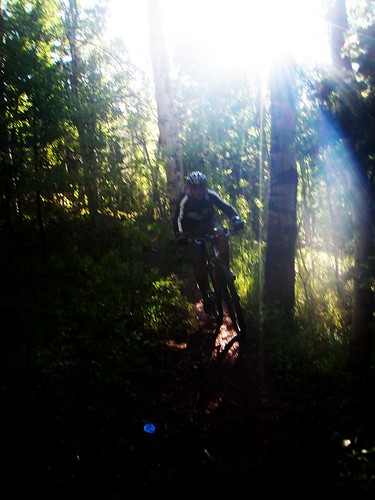 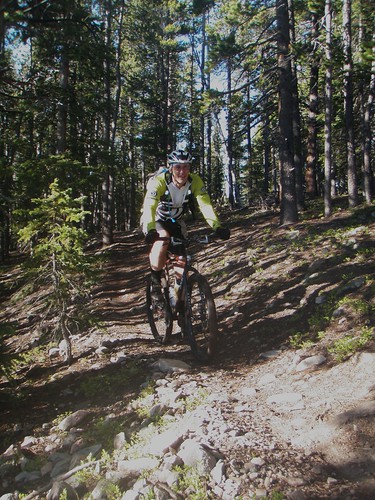 PBR taking a serious approach to the views 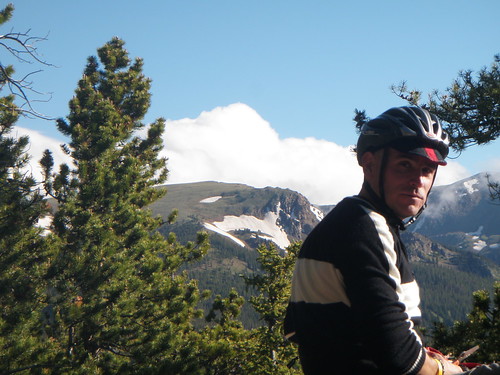 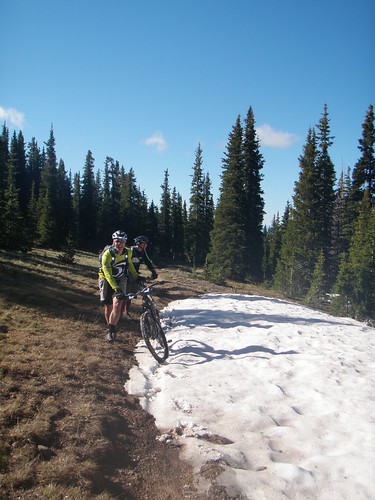 Lubes cranking up to Georgia Pass 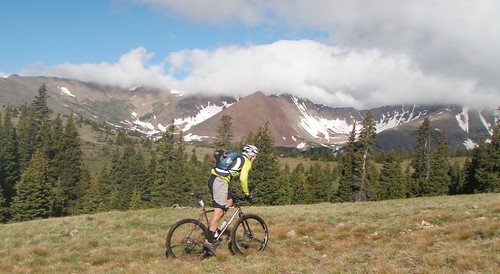 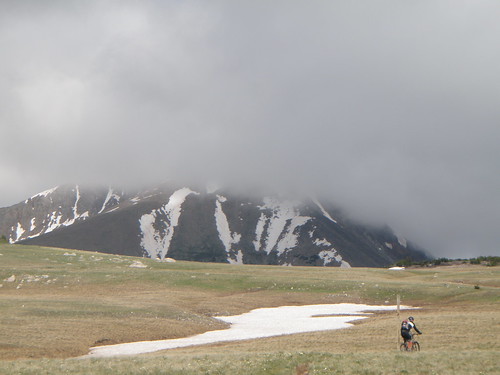 On over to the Breck side of Georgia Pass 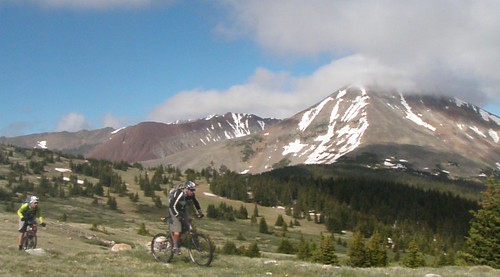 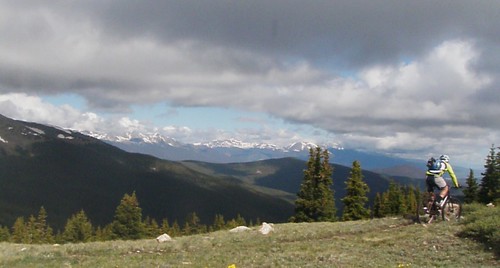 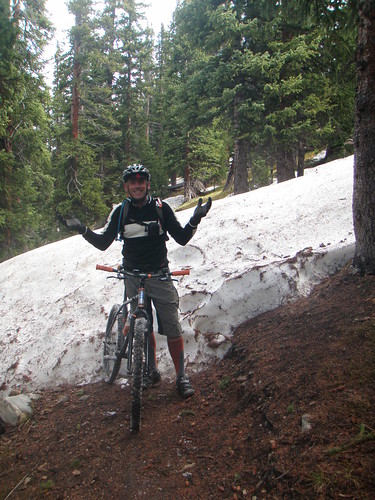 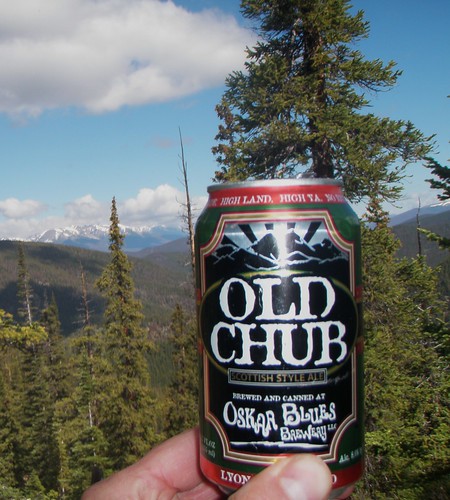 A few marshes were to be hiked 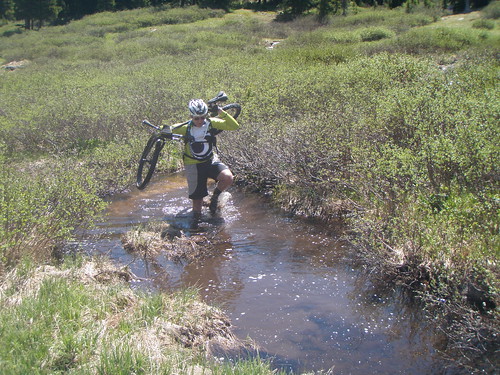 and lots of route finding 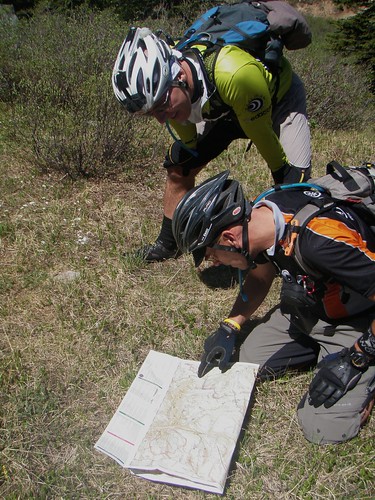 Sometimes we even hung our bikes out to dry 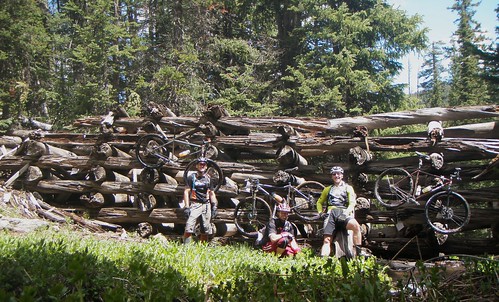 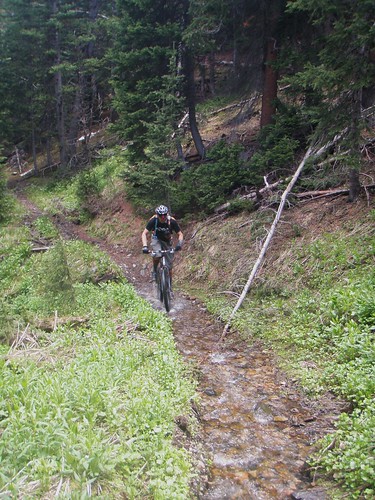 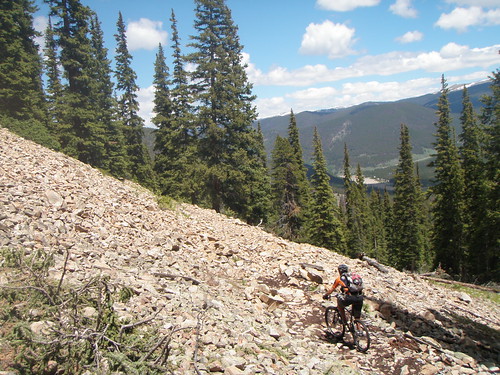 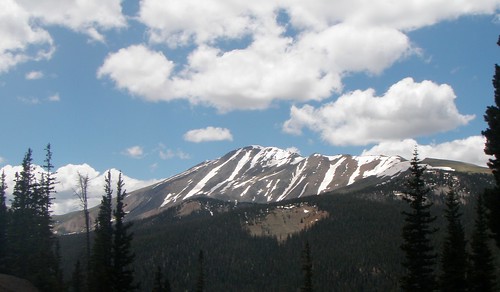 We started running into all sorts of folks at this point including Kerkove, Sonya, DJ Birtch, Rebecca Toma wiki wiki, and several others who I didn't recognize. 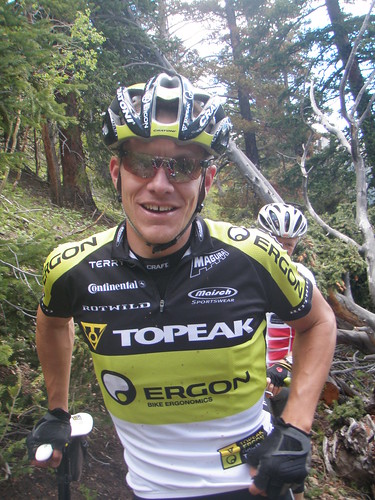 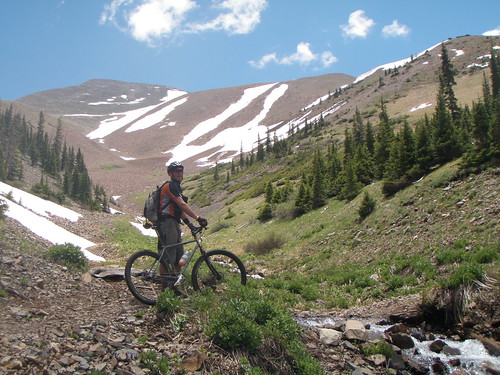 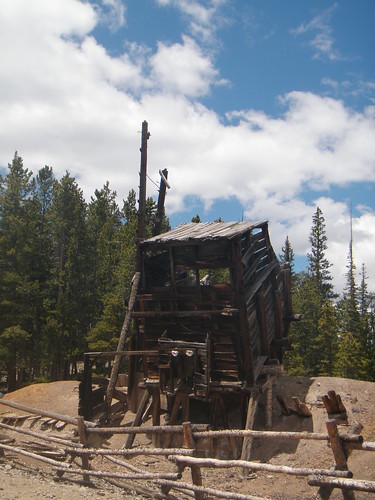 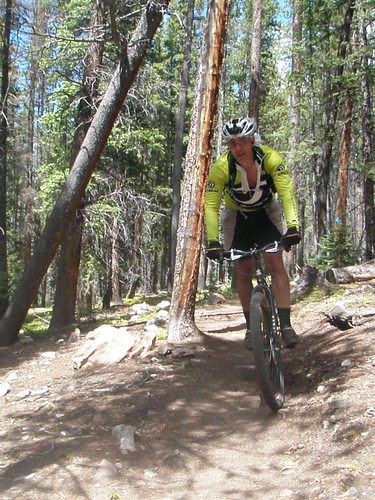 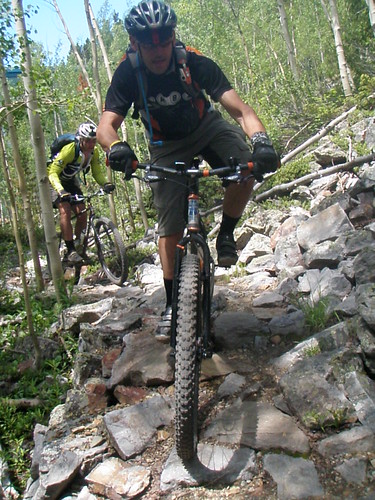 down into Breckenridge for some refreshments from the local convenient mart 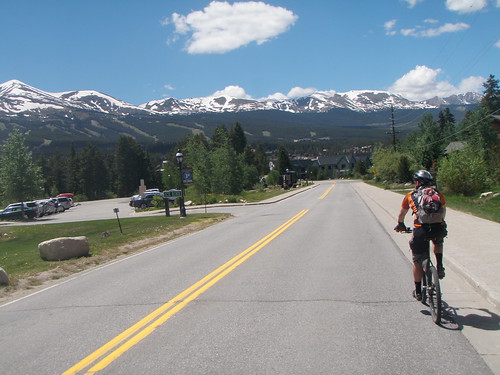 Then a climb back up Boreas Pass, course we took all the singletrack options to go up 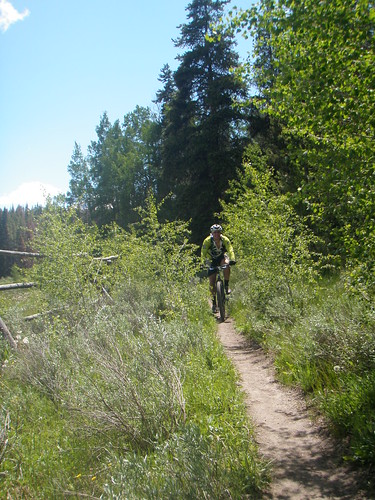 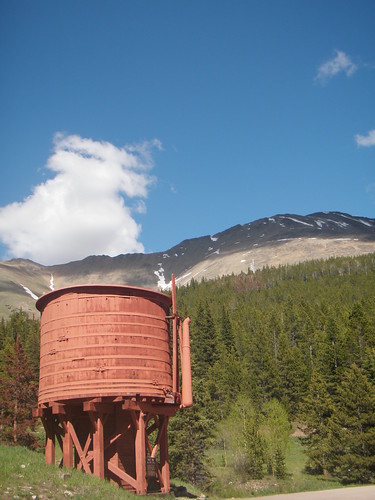 A rest stop at the top of the pass 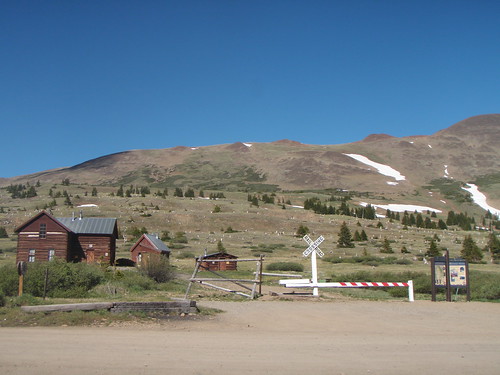 We finished the day on an awesome singletrack descent off the pass. Some where around 53 miles and 7800 ft of climbing. Sweet!

thanks for the mad stokage, evil one

First of all apologies to Nick! Glad you had a good ride anyway!! Spike thank you for throwin this! Mucho appreciated:thumbsup:

On to the gallery:


Of course the views sucked


Jeremy you almost cleaned it!


Lubes found it easier just to toss it over!


Of course a summit toast!

mGe displayin some skill on the skree


Treats on the way to sally barber


Almost to top of boreas


Found Mateo roamin around! Thought he was delivering us beer but just a message to say its all down hill from here, except for that one section he muttered under his breath!


Thanks again Spike and thanks for the Stranny's at camp:thumbsup: You guys killed the 85 miler way to go! Good to see all you guys again! Totally happy with the pace we rode enjoyin it all and taking in the whole route!! That coke never tasted so good at the gas station!!

...and that does answer some questions about the route.
S

IndecentExposure said:
Nice fella's! I never thought of going on to como. Is there single track between boreas and como?

Gold Dust trail. Upper end takes off about 1/4 mile below the top of the pass. Bottom end is in Como. Part of loop 3 in the B100 and the last stage of the Breck epic.

s.s. spike said:
Glad you guys had a good time.T'was a great weekend indeed! No rain? I still can't believe it.
Click to expand...

Thanks for setting it up. It truly T'was a great weekend.:thumbsup: I plan on coming back for some retribution. Somehow I only drank 2 liters of fluids and and one liter of that was in the last 20 miles. What was I thinking? No wonder I started bonking out on Boreas!:madman:
Z

Joined Oct 11, 2006
·
5,577 Posts
I'm Guessing you guys took a left on the ditch that is about 2/3 of the way down the CT then followed it to the marsh. You don't have to do that. You can hop off that ditch at the first clearing that you come to, descend it to the South Fork of the Swan jeep road then do a short, but steep climb back to the Great Flume (the trail with the flume trestle in your photos).

Plus, it's probably best for mountain bikers to not be schlepping through wetlands. not to mention that hiking through that thing is not much fun, it's full of holes that the miners dug to support the old flume supports. I damn near broke my leg falling into one of them the one time I hiked across it.

Great epic ride though. Might have been best to have saved it for when things are a bit drier but as long as you where practicing good mud season etiquette probably no biggie.

Joined Jan 30, 2004
·
3,165 Posts
Thanks for the hints zrm. Might have to try that next time we do the route. There was a few snowdrifts down but very little mud to be had.

BTW, I'm thinking of doing Kenosha to Vail in one day. 20k ft of climbing, 60 miles. Any interest?

IndecentExposure said:
MountainGoat,
Any way I can buy you a beer for some of that maping beta?

BTW, I'm thinking of doing Kenosha to Vail in one day. 20k ft of climbing, 60 miles. Any interest?
Click to expand...

You've been thinking about that ride for a bunch of years now... is this the year to make it happen?

Joined Jul 30, 2003
·
1,538 Posts
I'm up for some epics this summer... as much fun as spending the weekend in Glenwood Springs and Basalt was, I would have loved to have done that Kenosha to Como ride.

Joined Apr 17, 2009
·
1,768 Posts
We should probably keep this thread up towards the top for a little longer.
Nice ride guys!
How about a report from Spike or BBD or anyone else that did the 85 miler!

I will be doing something big up there in Summit Co either Sunday or Monday. Should Kenosha/Georgia/Breck be part of it? Or do all the drifts take away too much of the fun? There is plenty around there to plan a different route if you think that's the case.